The EURUSD declined after the closely watched German election where Olaf Scholz, the current finance minister, won the election by a narrow margin. His party won 25.7% of the vote followed by the Christian Democratic Union, which won 24.1%. This means that Scholz will need to form a coalition with one or several other parties, a process that could take months of negotiations. Meanwhile, Armin Laschet, the head of Angela Merkel’s CDU, said that he too had earned a right to form a government.

Global stocks and crude oil tilted higher as fears of repercussions following the collapse of China Evergrande faded. In Europe, the DAX and FTSE 100 indices rose by 0.65% and 0.10% while in the US, futures tied to the Dow Jones and S&P 500 rose by more than 0.20%. The rally in stocks is also due to the ongoing pace of reopening as countries emerge from the pandemic. At the same time, in a statement last week, Jerome Powell, the head of the Federal Reserve, said that the American economy was recovering at a faster pace than expected. The top mover in the pre-market session was Gores Guggenheim, which rose by 14% after rumours emerged that it was nearing a $21 billion deal to merge with Polestar.

Bitcoin and other cryptocurrency prices held steady as investors moved on from Friday’s ban by the People’s Bank of China (PBOC). Bitcoin rose by 1.8% to $43,858 while Ether rose by more than 5% to $3,100. Analysts believe that the latest announcement by China will not have a major implication for cryptocurrency prices. Besides, the country had already banned cryptocurrency transactions a few months ago. Also, while centralized exchanges like Binance and Huobi have banned Chinese customers, decentralized options like Uniswap and PancakeSwap will likely support them.

The EURUSD pair declined to an intraday low of 1.1685 after the German election results. On the four-hour chart, the pair is between the descending channel shown in green. It has also moved below the 25-day and 50-day moving averages. It is also slightly below the middle line of the Bollinger Bands while the MACD has formed a bullish divergence pattern. Therefore, the pair will likely remain inside this range during the American session. 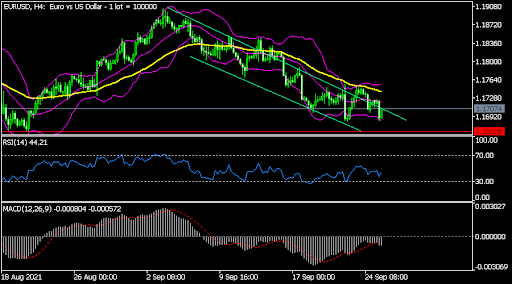 The XAUUSD pair declined to a low of 1,745 today. This price was slightly below last week’s high of 1,7165. On the four-hour chart, the pair is slightly below the 25-day moving average and above the 61.8% Fibonacci retracement level. It has also formed a strong support level that is shown in pink while the Average True Range (ATR) has risen. Therefore, the pair will likely remain in the current range during the American session. 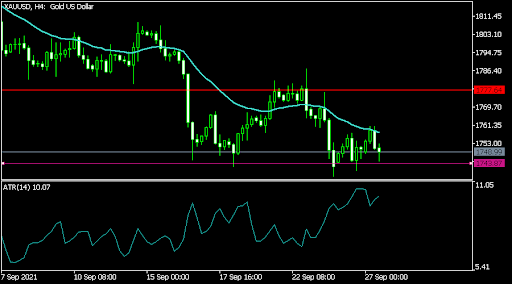 The EURCHF pair was little changed during the overnight session as investors reacted to the German election and the potential for a prolonged power vacuum. It is trading at 1.0850, which is higher than last week’s low of 1.0807. It has also formed a bearish flag pattern and is along with the 25-day and 50-day moving averages. Therefore, the pair will likely break out lower. 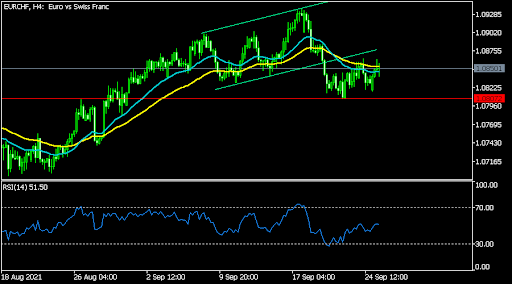