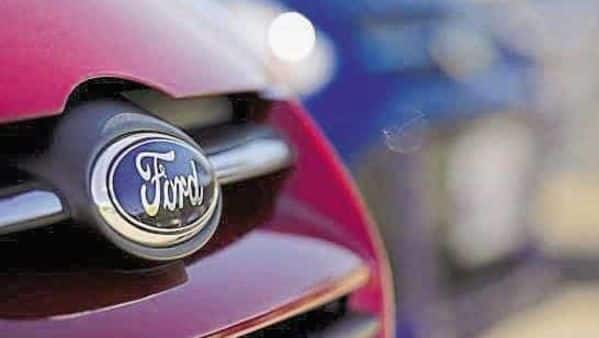 Ford Motor Company and SK Innovation Company announced that they are partnering to spend $11.4 billion on three electric-car battery plants across the United States, making it the most sizable investment in the automaker’s 118-year-history. The deal to build the biggest battery plant ever in America would catapult the South Korean firm to the status of a leading battery maker in the US and is also its largest single outlay.

It comes at a time when US President Joe Biden’s administration has been talking up electric vehicle subsidies, including tax credits. In addition, anything made in the United States or with higher domestic content, including battery cells, would get more government support. That’s on top of a new national blueprint for lithium-ion batteries, making it perfect timing for Ford and SK Innovation’s blockbuster investment.

There is more to consider, however. Beyond the potential feats the investment brings for the companies, it’s worth taking a closer look at their plans and the batteries they are promising. Through the 129 gigawatt-hours of battery annual production capacity they will build, the firms expect to produce 1 million power packs for sport utility vehicles and trucks (like the all-electric F-150 Lightening pickup Biden recently took a ride in.)

SK Innovation’s focus has been on commercializing high-nickel content batteries, or NCMs. Five years ago, SK developed the NCM811 and now the Nickel 9 battery that’s 90% nickel. This, the company says, will “be mass produced in the US, powering Ford’s F-150 Lightning.”

For starters, this type of battery has not yet proven to be entirely safe. While SK Innovation has not registered an EV battery-related fire, high-nickel content power packs—although they deliver significant energy—have been known to be chemically unstable and prone to combust.

Such batteries forced General Motors Company to recall every EV Bolt vehicle that it’s made since 2017, at a total cost of $1.8 billion to the firms involved. The cars were equipped with the NCM type made by another South Korean company, LG Energy Solution, which is a unit of South Korean industrial giant LG Chem Ltd.

Yet, the South Korean battery companies have continued to stay on this path. That means they are not fully considering the cheaper, safer and more realistic option (the lithium iron phosphate, or LFP, power packs that the Chinese are focused on improving).

This would set them, and their auto partners, on a path toward their lofty electrification goals, while taking advantage of the subsidies the administration could have on offer and complying with stringent emissions regulations.

Installations of improved LFP types have sharply outpaced NCMs in recent months, running against most market expectations and forecasts. Instead, SK Innovation recently signed a contract with Ecopro BM Company, a firm that makes and sells high-nickel parts (cathodes and others) for batteries, to supply 80% to 90% nickel-content products for NCMs for 10 trillion Korean won ($8.5 billion) starting in 2024. That will cost them.

Separately, SK Innovation has had a few setbacks over its battery technology in the US, after trade secrets disputes with LG Energy that risked its ability to grow production in the country.

In April, the companies settled, with SK Innovation set to pay LG $1.8 billion in lump sum payments and a running royalty. They’ve agreed to withdraw all pending legal disputes and said they are “all for the future of the US and South Korean electric vehicle battery industries.”

There’s also commercial viability to consider. While these plans are ambitious, there is the reality of the cost of doing business. Although SK Innovation and its South Korean peers have been focused on high-energy density power packs, currently a technology barrier, these batteries are still extremely expensive and a profitable future is a while away for them.

SK Innovation’s battery business, for instance, posted a -26.5% operating margin in year 2020, but is hoping to be in the “high single-digit” range after 2025 onwards, according to Daiwa Securities Group analysts.

The high returns that should come with high risks don’t seem on offer right now. Big isn’t always better, as investors and the firms should know.

This story has been published from a wire agency feed without modifications to the text.

* Thank you for subscribing to our newsletter.