(MENAFN– Asia Times) China says the United States will hurt its own economy and companies with any further tariff hikes on Chinese goods. The warning came shortly before a top US trade official was due to announce the result of an review of a Trump-era trade deal.

US Trade Representative Katherine Tai was due to give a speech at the Center for Strategic and International Studies, a Washington think tank, at 10am on Monday US time, unveiling the Biden administration’s approach to the trade relationship with China.

Tai’s speech was to mark the last three months of the two-year trade deal, which will expire in January.

According to US media, Biden administration officials said China had not met its commitments in the phase one deal. Sources said Tai was evaluating potential actions against China for non-compliance, including additional tariffs.

Meanwhile, Chinese media said the US had failed to disrupt China’s supply chain but had only hurt its own interests due to a lack of support from the European Union.

Since the US started a trade war with China in July 2018, relations between the world’s two biggest economies have deteriorated. Due to the trade imbalance, former president Donald Trump in 2018 imposed tariffs in two waves to encompass around US$400bn worth of Chinese goods shipped to the US.

The arrest of Huawei Technologies’ chief financial officer Meng Wanzhou for alleged financial fraud charges at Vancouver International Airport in December 2018, as well as Hong Kong’s anti-extradition protests in the second half of 2019, also increased political tensions between the countries.

On January 15, 2020, Trump and Chinese vice-premier Liu He signed the phase one trade deal, which requires China to boost purchases of US farm and manufactured goods, energy and services by US$200 billion over the two years to the end of 2021 compared with 2017 levels. 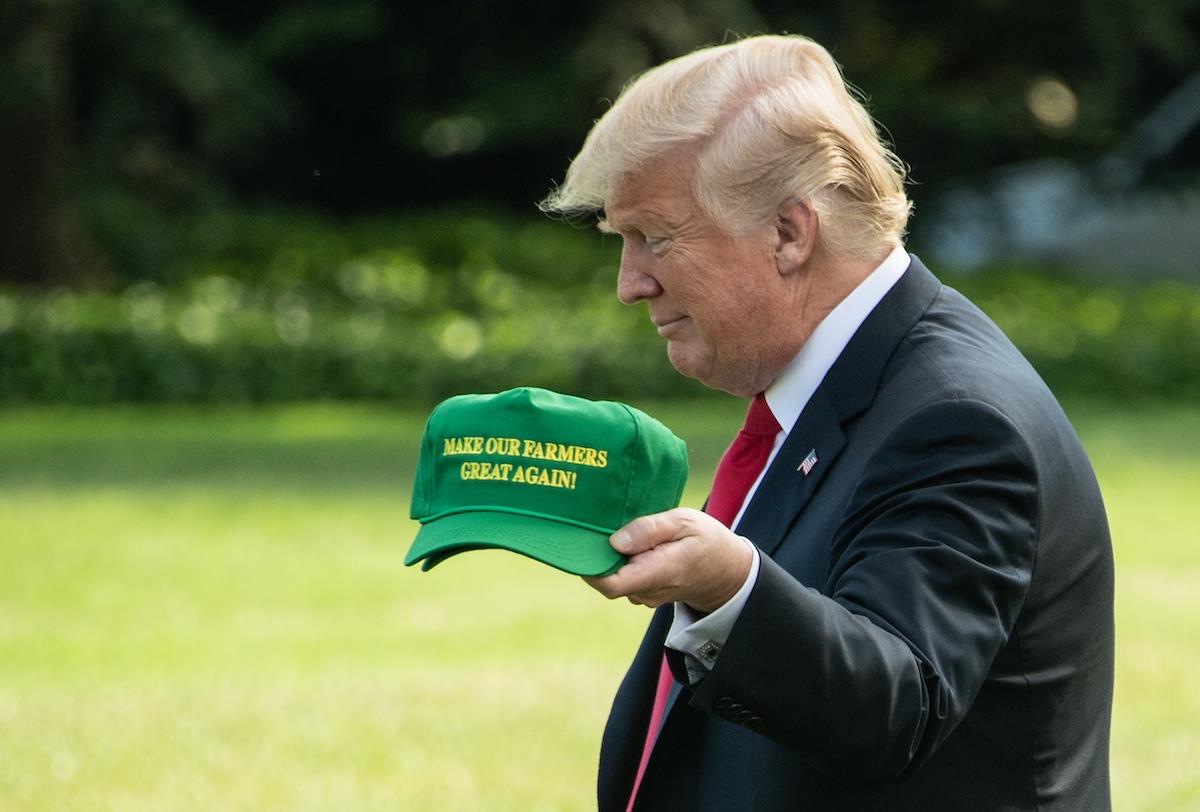 The trade deal went into effect on February 14 last year. The US did not start discussions about a phase-two deal, pending China’s commitments in the first one. Based on US export data, China had completed only 62% of its trade deal targets as of August.

After Tai’s speech was announced, Chinese Commerce Ministry spokesperson Shu Yuting said trade representatives of China and the US had maintained normal communications so far.

She said China hoped that the US would create conditions for the healthy and stable development of the US-China trade relationship. She added that tariff hikes would not only hurt the two countries, but also slow the global economic recovery and add inflationary pressure on companies and people in the US.

On Sunday, a hardline commentary about US-China trade relationship was published by Reference News, or Cankao Xiaoxi, a unit of the Xinhua News Agency.

Fan Fan, the author of the article, said the Biden administration had not changed Trump’s China trade policy and continued to smear China by saying that China had violated trade rules and taken away jobs from the US.

Fan said Biden did not cancel the $300 billion tariffs imposed by his predecessor for Chinese goods but pushed forward the“decoupling” strategy with its allies and tried to exclude China from the global supply chain.

“The trade war was triggered by the US, which should bear the responsibility…without any grounds and logic, the US blamed China for the problems in its job markets and industrial structures,” said Fan.

“It’s unacceptable that China has become a scapegoat of the US’ weakening international influence and economic and technological advantages. The US will definitely be retaliated.” 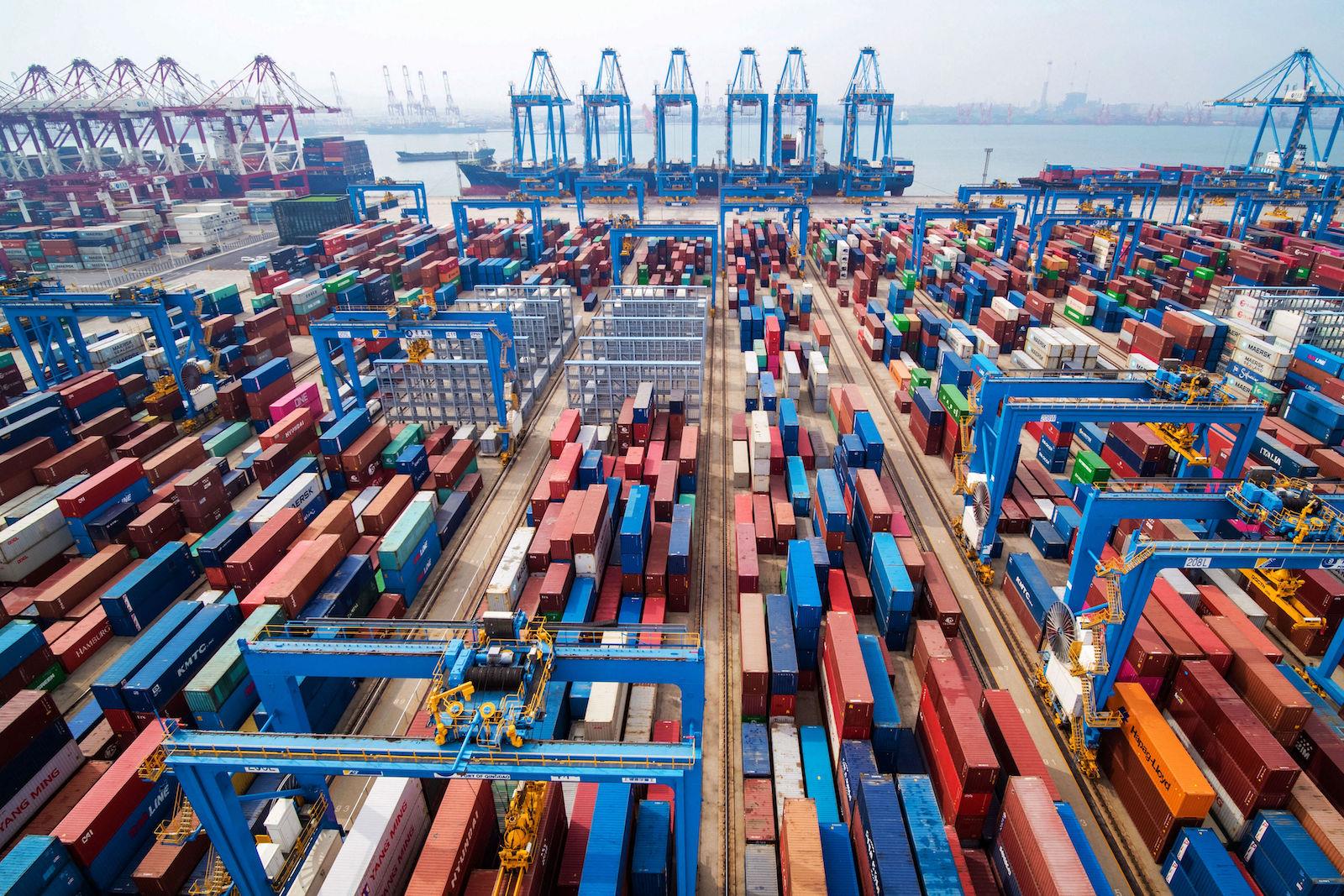 Stacks of containers wait to be shipped abroad at the port of Qingdao in east China’s Shandong province. Photo: AFP / Yu Fangping / Imaginechina

Citing a report published by Moody’s, the article said US importers absorbed more than 90% of additional costs resulting from the 20% US tariff on Chinese goods. It also said the US lost 245,000 jobs between 2018 and 2019 due to the US-China trade disputes. Fan said the US government failed to win the hearts of US companies and people.

Fan said in the first eight months of this year, China’s trade with the European Union, ASEAN and the US had increased by more than 20%, showing that the Biden administration had failed to unite its allies to suppress China. Fan said the EU had kept a distance from the US hard line against China.

“Facts show clearly that the US and China will achieve win-win situation if they cooperate but lose together if they don’t,” Fan said.“Now the ball is in the US court.”

After Chinese President Xi Jinping had a 90-minute phone call with Biden on September 10, a commentary published by Chinese media said if the US really wanted to cooperate, it had to“throw off its airs” and open a dialogue with China. However, the Biden administration seemed to be going in the opposite direction.

Foreign media said the Biden administration was planning to pressure Beijing on trade by starting a new investigation into Chinese subsidies and their damage to the US economy and by imposing more tariffs on Chinese imports.

On September 29, the EU-US Trade and Technology Council met for the first time in Pittsburgh. It was attend by Tai, Secretary of State Antony Blinken and European Commission’s Executive Vice Presidents Margrethe Vestager and Valdis Dombrovskis. The council set up 10 working groups on different topics, including misuse of technology threatening security and human rights, export controls and investment screening. 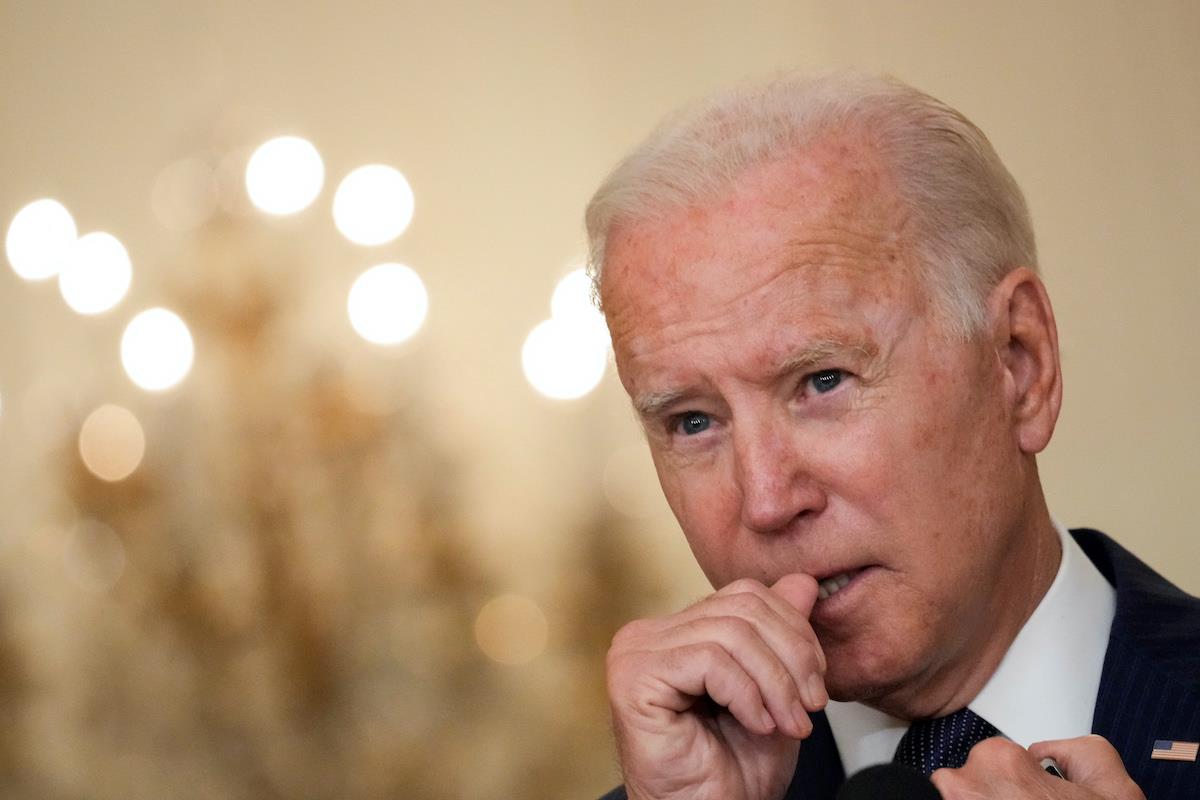 “We stand together in continuing to protect our businesses, consumers, and workers from unfair trade practices, in particular those posed by non-market economies that are undermining the world trading system,” said the council, adding that the US and EU would jointly drive the digital transformation that sets high standards globally and promotes critical and emerging technologies and infrastructure.

Another opinion piece widely circulated by Chinese websites last Saturday said China would retaliate if the US further increased tariffs for Chinese goods.

“Many developing countries and some European countries need China to help boost their own economies. As the US saw China’s rise and thought that China would become a threat, it intentionally started trade disputes with China, raised tariffs and stopped Chinese companies and schools from buying high technology products from the US. Still the US could not disrupt China’s supply chain,” said the article.

It said China had raised a lot of constructive ideas including the announcement of its commitments in climate change issues while the US only wanted to bully others and influence the world. It urged the US to communicate with China, instead of walking its old path, which will only hurt the US economy and companies.

In March this year, Xi announced China’s commitment to achieve its major targets on fighting climate change, including a carbon emissions peak in 2030 and carbon neutrality in 2060. On September 22, he reiterated the targets when speaking via videolink to the UN General Assembly in New York.

Read: Behind the Xi-Biden phone call

Legal Disclaimer:
MENAFN provides the information “as is” without warranty of any kind. We do not accept any responsibility or liability for the accuracy, content, images, videos, licenses, completeness, legality, or reliability of the information contained in this article. If you have any complaints or copyright issues related to this article, kindly contact the provider above.