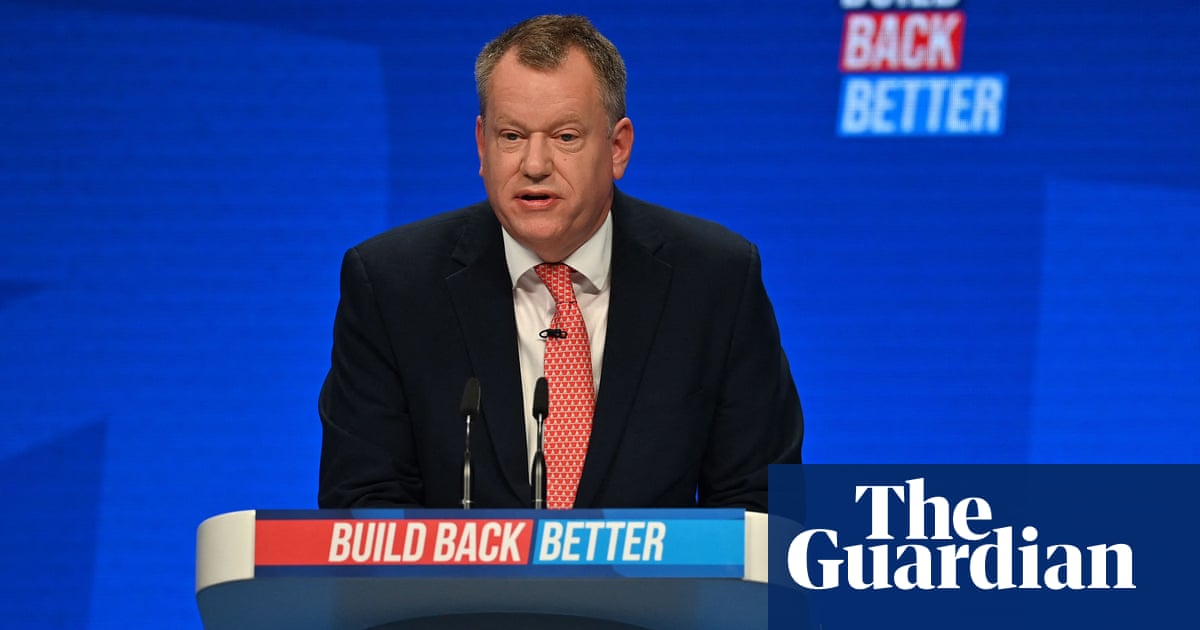 The UK will react in a “robust” manner if the EU launches a retaliatory trade war in the event of Brexit talks on Northern Ireland breaking down, the government has warned.

The Brexit minister, David Frost, said he expected the EU to issue its formal response to the UK’s demand for renegotiation of the Northern Ireland protocol within the next 10 days, as he outlined fresh detail on the timeline for talks.

It means a November crunch time for the Democratic Unionist party, which on Monday repeated its threat to quit Northern Ireland’s power-sharing administration and force fresh Stormont elections if substantial progress on ditching the protocol is not made.

Lord Frost said he would then engage with the EU in an “intensive” manner for a “short period” before deciding whether to trigger article 16, the mechanism to suspend parts of the protocol and enter a formal dispute.

“On the talks question, we must do it as quick as possible … The team is ready to go to Brussels,” he said. “We need a short and intensive negotiation, and when I say short, I mean weeks, three weeks.”

“I personally believe there comes a decision point probably around early November when we know an agreement can be reached or it cannot and certain consequences flow from that,” Frost added.

Speaking at a Centre for Brexit Policy event at the Conservative party conference, Frost also warned that if no agreement could be reached, the UK would be “robust” if the EU retaliated by imposing tariffs or other barriers to trade flow between Great Britain and the EU.

“We don’t think retaliation makes any of those things any easier,” he said, but if they did launch trade wars, which could include enforcement action in other parts of the Brexit deal, “proportionality is important”.

Earlier on Monday, the leader of the DUP gave Boris Johnson until the end of October to solve the Northern Ireland protocol row, just hours after the UK issued a veiled threat to the EU that it would pull the plug on the Brexit arrangements.

At a private meeting with the prime minister in Manchester and later at a public event, Sir Jeffrey Donaldson warned that the party needed him to “take action within weeks” or he would force an election in Northern Ireland.

Donaldson, however, said he was “greatly encouraged” by what Johnson had told him on Monday morning and hoped that significant progress could be made within the next three weeks.

The DUP leader was speaking shortly after Frost said Britain “cannot wait for ever” for the EU to respond to its demands to rewrite the Brexit arrangement.

In a speech to the conference, Frost said he had been waiting since July for a formal request for substantial changes to the protocol, which the UK has largely suspended over objections to checks on a range of goods, including sausages.

“We cannot wait for ever. Without an agreed solution soon, we will need to act, using the article 16 safeguard mechanism, to address the impact the protocol is having on Northern Ireland,” he said.

Setting the scene for an imminent triggering of article 16, he said he was not confident that the EU would meet his demands.

“From what I hear, I worry that we will not get one [a response] which enables the significant change we need,” Frost said. .

The government is also coming under renewed pressure from the European Research Group of MPs to ditch the protocol completely.

The chair of the influential group of backbench Tory MPs, Mark Francois, said its members knew the protocol was flawed when they voted for the withdrawal agreement in January 2020, but went into it with their “eyes wide open”. He said the group viewed the protocol as unfinished business at the time and had faith in Frost and Johnson’s ability to renegotiate the arrangements.

David Trimble, one of the architects of the 1998 Northern Ireland peace accord, said there was little point in waiting for the EU to renegotiate the protocol. “They will never change their position. We need to repudiate the entire arrangement.”

The EU’s ambassador to the UK, João Vale de Almeida, said there was nothing strange or unexpected in Frost’s speech, promising a response to the UK’s demands within the coming weeks.