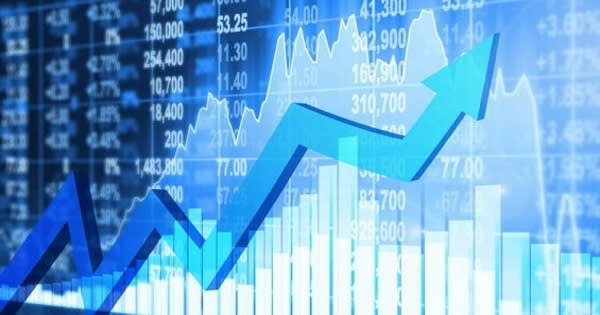 Market Update at 01:20 PM: Indian benchmark indices witnessed a sharp sell-off in the last half an hour of trade. As a result, Nifty slipped below the 17,750 mark and is currently seen trading near the day’s low.

The main reason behind this sharp fall is US Dow Futures, which is trading lower by 0.80 per cent and is also, near the day’s low. Nearly 70 per cent of Nifty components were trading in the red.

Sell-off has been witnessed in the broader markets as well with Nifty Midcap & Nifty Smallcap indices trading lower by 0.58 per cent and 0.25 per cent, respectively.

Market update at 11:12 AM: US 10-year bond yield spikes over 2.5 per cent to 1.571, which is the highest level seen since mid-June 2021.  As a result, the Indian benchmark indices have trimmed their early gains and were seen slipping below the neutral line.

Nifty lost almost 70 points from the day’s high and is just holding above the 17,800 mark.

Among the sectoral indices, Nifty Financial Services and Nifty Energy were the top gainers. On the other hand, Nifty Pharma and Nifty Metal were the top losers.

A divergent trend was seen in the broader markets as Nifty Midcap 100 was trading down by 0.13, while on the flip side, Nifty Smallcap 100 added 0.39 per cent.

The market rally was led by the index behemoth i.e. Reliance Industries. The Energy index turned out to be the top gainer with 2.89 per cent. Nifty IT and infra indices were up by 1.19 per cent & 1.11 per cent, respectively. The broader indices i.e. Nifty Midcap-100 and Smallcap-100 gained 0.43 per cent & 0.44 per cent, respectively. Nifty Realty index fell by 1.36 per cent and the pharma index declined by 0.5 per cent.

On the daily chart, Nifty index formed a sizeable bullish candle, carrying a higher high & higher low compared to its prior bar, which indicates continuing buying interest. Interestingly, on a 75-minute chart, Nifty moved above the MA ribbon along with the MACD line (above zero line), which is a strong bullish signal.

Going ahead, we expect the index to attempt to test its all-time high level. On the downside, the level of 17,740 is likely to act as an immediate support level.

Overall, be with a bullish bias as the price action indicates that all is well and it would be wise to adopt a buy-on-dips strategy with a stop-loss of around 17,740 level for intraday.