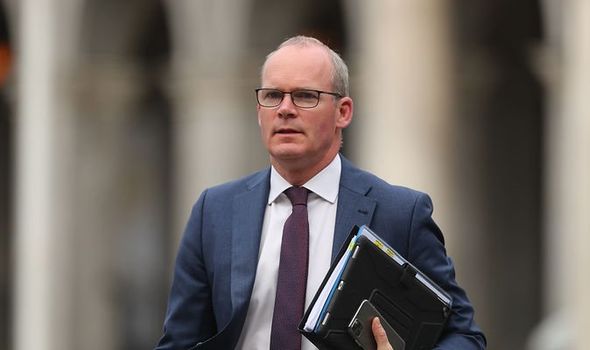 Brussels is considering the ‘nuclear’ option of ­ditching the border arrangement if Britain triggers Article 16.

Irish Foreign Minister Simon Coveney sparked ­outrage yesterday as he warned that no-deal could back on the table as the EU raised the stakes in its bid to punish Britain for leaving.

He said the Withdrawal agreement, which contains the protocol, and the UK-EU trade deal only work if both are fully implemented.

And he claimed Boris Johnson and Brexit Minister Lord Frost were preparing to suspend the protocol before the end of the year, warning the EU would respond in a “very serious way”. A trade war could wreck Christmas for millions of families, business leaders have warned. The sabre-rattling came after a meeting between Lord Frost and the EU’s Maros Sefcovic failed to break the impasse last week.

The pair are due to hold more talks in London later this week.

The bloc says it has already “bent over backwards” to make concessions on the implementation of the ­protocol, which was part of the Withdrawal Agreement.

However, key disagreements remain, including the EU’s insistence that the European Court of Justice remain as overseer in any disputes.

The new arrangements have been blamed for fuelling sectarian tensions in Northern Ireland.

Loyalists are demanding it is scrapped altogether because it places a customs and ­regulatory border between it and the rest of Britain.

Mr Coveney insisted the EU was in “solutions mode” and wanted to do whatever it could to streamline checks required on goods moving from the British mainland to Northern Ireland.

However, he told RTE Radio there was a limit to the EU’s flexibility and criticised the UK’s hard line, after Lord Frost insisted suspending the protocol is still “on the table”.

Mr Coveney said: “If the British government essentially refuses to implement the protocol, even with the extraordinary flexibilities that are now on offer, and instead looks to set it aside then I think the EU will respond in a very serious way to that.”

He said that did not mean the introduction of a hard border in Ireland.

Mr Coveney said he hoped the UK and EU were not doomed to have a trade war, but questioned whether ­ministers were acting in “good faith”.

Downing Street hit back at the EU last night, insisting that it wanted a “negotiated solution” but would not refuse to back down from ­triggering Article 16.

A UK Government spokesperson said: “We need significant changes to the Northern Ireland Protocol to put it on a sustainable and durable footing.

“We’ve been clear we would prefer a negotiated solution, which is why we are engaging with the EU to try and find a way forward and bridge the substantial gaps that remain.

“We need to agree these urgently as the disruption in Northern Ireland has not gone away.

“We will use the Article 16 safety mechanism if negotiated solutions cannot be found.”

The protocol allowed the province to remain part of the EU’s single ­market to keep the Irish border open. 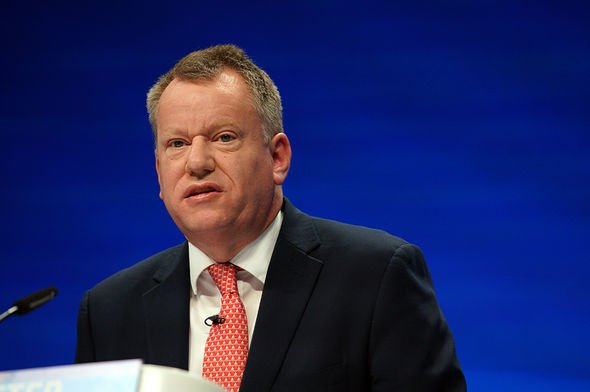 But it has also led to checks on products from the mainland and curbs on chilled meats such as British-made sausages being sold freely.

Tom Parker, president of the British Chamber of Commerce EU, said that EU ­retaliation could unleash ­“potentially major” consequences, such as problems with the supply chain just ahead of Christmas.

He told Sky News: “The position of EU ­leaders is one that has been evolving for some time now. The UK has expressed the right or indicated it would be prepared to take serious measures, like trigger Article 16.

“There has been a concern and ­significant discussion about the ­implication of this, and what the EU might do in turn, should Article 16 be ­triggered. The EU has quite a few options on the table, and that is up for serious debate.”

Mr Parker added: “I think one option the EU has discussed, or at least certain member states have put forward, is to ­terminate Trade and Cooperation Agreement. That would be the nuclear option.”

What is happening where you live? Find out by adding your postcode or visit InYourArea

“Other options available to them are putting tariffs on certain products that the UK is exporting.

“Or they could make trade more practically complicated, such as stepping up controls on goods exported out of the UK and even products going into the UK.

“In effect, the EU would create a big blockage at the ports and then you would have problems with the supply chain going into the Christmas period which would be damaging for everyone.”

Mr Parker said even a small delay at the ports could cause a major Christmas crisis. Meanwhile, Keir Starmer warned Labour will not back the government if it suspends the protocol.

Sir Keir told the BBC’s Andrew Marr Show: “I don’t think that ­triggering Article 16 will resolve the dispute in relation to the protocol in Northern Ireland.

“What is in their interests is ­resolving the issues.

“Because of the way the protocol was drafted, because of what the Prime Minister signed, it is ­perfectly true that there are checks from Great Britain to Northern Ireland – we want to reduce those.”

He added: “What I am saying is don’t rip up the protocol because that has that very important central ­purpose, which is to protect the no border in Northern Ireland.”