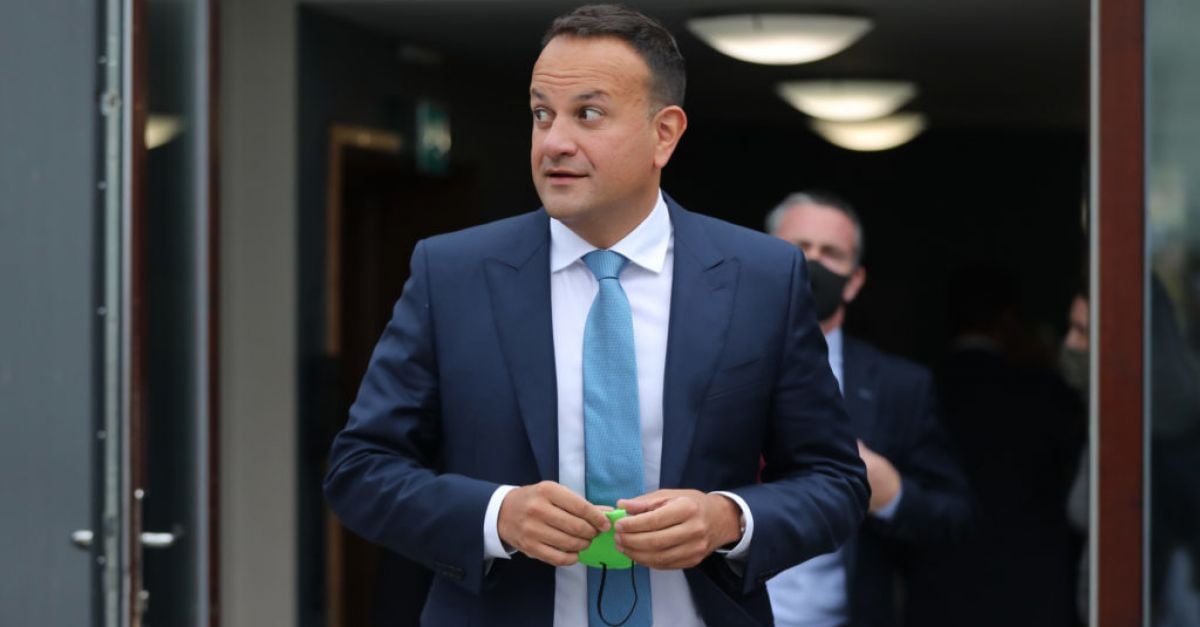 Tánaiste Leo Varadkar has said that the Cabinet’s Brexit subcommittee met on Monday to “essentially dust down and restart contingency preparations” in case a trade war develops with the UK.

“We’re making preparations,” he told RTÉ radio’s News at One.

“We had a meeting yesterday of the Cabinet subcommittee on Brexit essentially to dust down and restart our contingency preparations should we get into difficulty.

“I don’t think anybody wants to see the European Union suspending the Trade and Cooperation Agreement with Britain, but if Britain were to act in such a way that it was resigning from the Protocol, resigning from the Withdrawal Agreement I think the European Union would have no option other than to introduce what we call rebalancing measures to respond, and I really hope Britain doesn’t go down this road.”

“Bear in mind the Protocol is broadly supported by people in business and most political parties in Northern Ireland and nobody is putting forward a preferable alternative.”

When asked what would happen if the UK were to invoke Article 16, Mr Varadkar said there would have to be a response from the European Union.

“What I would say at the outset though is the Protocol is working, it was designed to prevent a hard border between North and South, and it’s done that.

“It’s helped to strengthen the all island economy with increased trade north-south and south-north and also to protect the Single Market and our place in it which is really crucial to us.

“It has caused some disruption to trade from Britain into Northern Ireland, Maros Sefvocic and the European Union have put forward proposals to resolve most of those issues, unfortunately they haven’t been accepted by the British at this stage.

“But there’s one thing I think we should really bear in mind in this, we need to listen to the opinion of business and people in Northern Ireland and this is a Protocol that is broadly supported by most of the business community, most of the political parties representing most of the people in the Assembly. That needs to be borne in mind.”

Suspending the Trade and Cooperation Agreement was something that the European Commission would have to consider, he said.

“Bear in mind that invoking Article 16 doesn’t set aside the Protocol – some people think that, it doesn’t.

“It’s a safeguarding mechanism. The first thing that has to happen is we have to enter talks for about a month and what that really means – what it does allow Britain to do is to take unilateral measures, but they can only be time limited, and they can only be proportionate.”