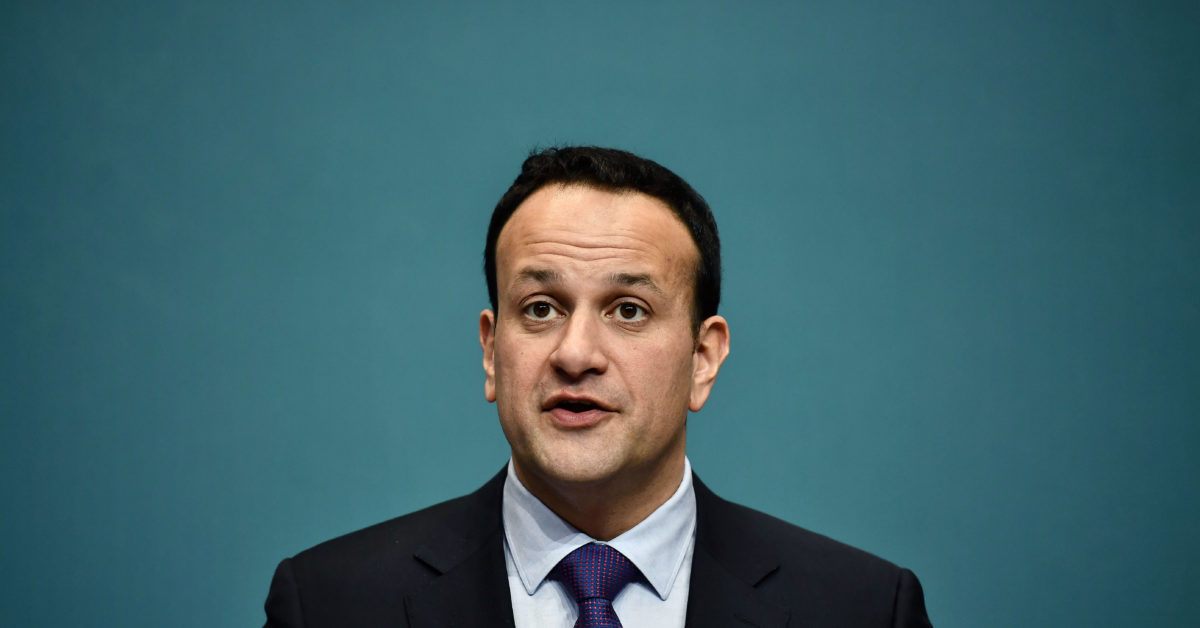 Varadkar said the Irish government’s Brexit subcommittee had reconvened “to dust down and restart our contingency preparations” for a potential suspension of the EU-U.K. Trade and Cooperation Agreement agreed in December 2020.

Asked whether Ireland was ready for a possible trade war with Britain, its top market for food and drink exports, Varadkar told RTÉ radio in Dublin: “We’re making preparations.”

Varadkar — who was Ireland’s prime minister during most of the Brexit negotiations and is due to regain the top post in December 2022 — said the British appeared bent on unraveling last year’s treaty agreements.

“I don’t think anybody wants to see the European Union suspending the Trade and Cooperation Agreement with Britain,” Varadkar said. “But if Britain were to act in such a way that it was resiling from the [Northern Ireland] protocol, resiling from the Withdrawal Agreement, the European Union would have no option other than to introduce what we call rebalancing measures, to respond.”

“I really hope that Britain doesn’t go down this road. Prime Minister [Boris] Johnson always spoke about wanting Brexit done,” he said. “Brexit is kind of done. But this potentially undoes it.”

First Minister Paul Givan — whose Democratic Unionist Party backed Brexit but loathes the Northern Ireland trade rules agreed by Frost and Johnson — said he still expects Britain to trigger Article 16 of the protocol treaty and halt at least some checks on British goods arriving at the ports of Belfast and Larne.

But Deputy First Minister Michelle O’Neill of Sinn Féin accused both Frost and Givan’s DUP of issuing anti-protocol threats that were riling unionist militants. Two buses have been hijacked and torched in the past week in Belfast and the eastern suburb of Newtownards, leading to the partial suspension of bus services in some unionist districts.

“Tory threats and rhetoric are reckless and at odds with widespread public opinion,” O’Neill said in a post-meeting tweet. “Most parties, people and businesses want an urgent solution to make the protocol work better. [The] onus is on him [Frost] to step up and deliver it.”