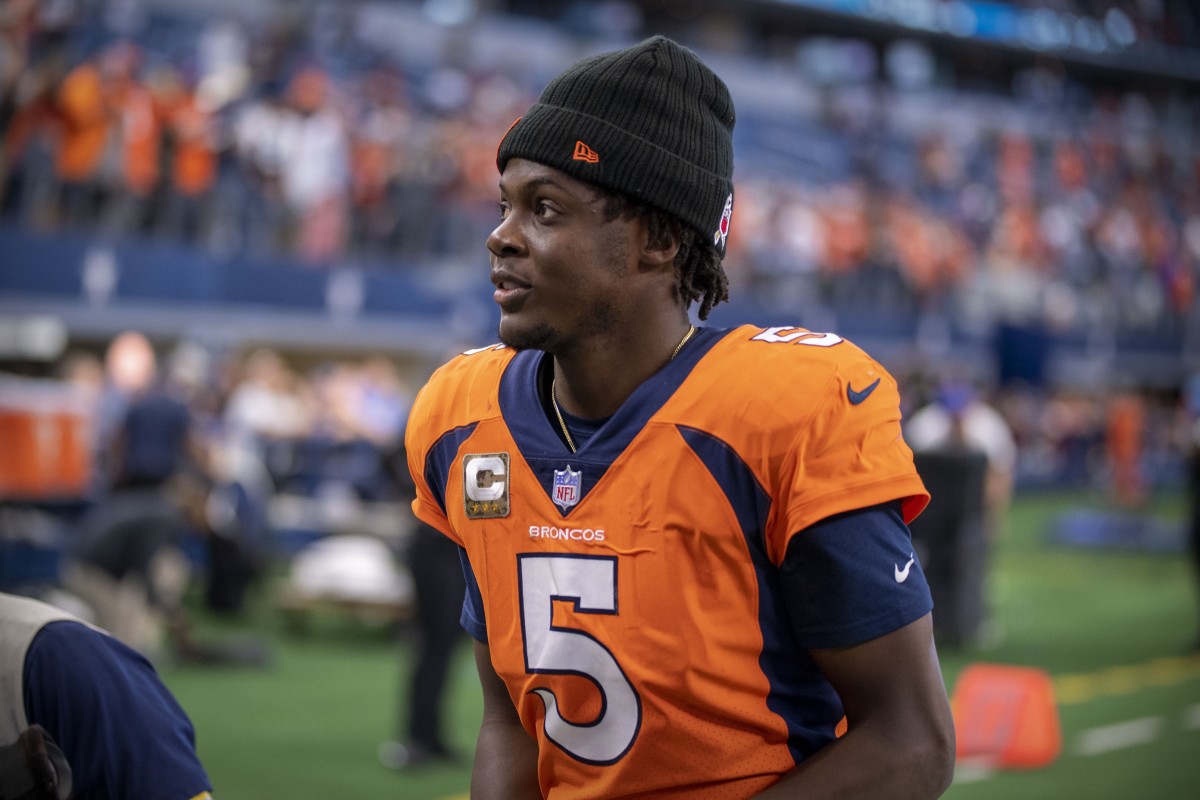 The New Orleans Saints have found themselves in a quarterback pickle in the wake of Drew Brees’ retirement. With injuries and issues with Jameis Winston and Taysom Hill, Saints’ head coach Sean Payton is scraping the bottom of the barrel with Trevor Siemian.

Ahead of last week’s NFL trade deadline, Payton longed for the comfy and familiar quarterbacking skills of Teddy Bridgewater and the Saints purportedly called the Denver Broncos about a possible trade. Broncos’ GM George Paton declined to trade away his No. 1 QB with the team sitting at 4-4 (at the time).

However, reports of the Saints’ overtures on behalf of Bridgewater reached him through the grapevine. On Wednesday, as the now 5-4 Broncos prepare to host the Philadelphia Eagles, Teddy reacted to the rumors and confirmed a sort of flattery that New Orleans would want him back.

“It was cool. It’s always good to feel wanted in his league,” Bridgewater said. “It’s just a reminder to myself to just continue to work hard. It also feels good to know that the Denver Broncos didn’t trade me, and it feels good to know how they feel about me. I’m happy that I’m here.”

What happens next on the Broncos? Don’t miss out on any news and analysis! Please take a second, sign up for our free newsletter, and get breaking Broncos news delivered to your inbox daily!

It was Teddy’s tenure as Brees’ backup in New Orleans that led to his big contract from the Carolina Panthers. In 2019, when Brees went down with an injury, Bridgewater stepped in and led the Saints to a 5-0 record in his stead.

Bridgewater left New Orleans 5-1 as a starter. He operated Payton’s offense well and kept that uber-talented offense on track.

Teddy is a Bronco now and he presides as a team captain. Riding a two-game winning streak, on the heels of a four-game losing streak, Bridgewater’s focus is the Eagles and helping to cultivate a mindset with his teammates that would forestall any backsliding into that dark month of football where the Broncos couldn’t buy a win.

“You’ve just got to respect the game, respect your opponent and never forget that dark place that we were in a couple weeks ago,” Bridgewater said. “This is a time in sports where it can be dangerous. Just a couple weeks ago you were hearing, ‘Ah, you guys suck. Get rid of this person and trade this guy.’ Then you win a game or two and it’s like, ‘Oh, you’re the best.’ You’ve got to ignore it all because in this game, there’s going to be highs and there’s going to be lows.”

As always, Teddy’s insight is replete with wisdom. The Broncos can’t allow themselves to ‘take the cheese’ after curb-stomping the Dallas Cowboys last week.

Teddy knows that winning two in a row will test the Broncos’ character as much as losing four straight. It’s a matter of helping his guys cultivate the proper mindset and outlook.

We’ll probably know a lot more about the character of the 2021 Broncos after this Week 10 matchup with Philly. If the Broncos play with big heart and intensity once again, and win, it’ll be a massive lift entering their Week 11 bye and could give Bridgewater and company the momentum needed to navigate the final seven games of the season, five of which include the remaining AFC West matchups where division titles will be decided.