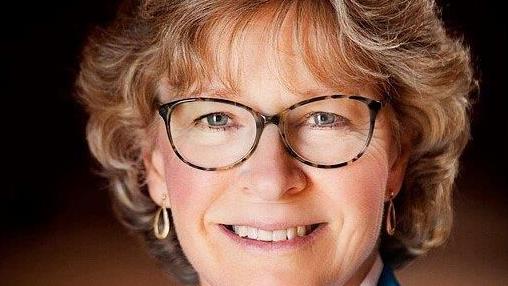 President Joe Biden savored a big win Nov. 5, when the U.S. House of Representatives joined the Senate in passing the Infrastructure Investment and Jobs Act. The bill’s passage marked a rare show of bipartisanship in our nation’s capital.

The $1.2 trillion package provides funds for investment in the nation’s badly aging infrastructure — everything from roads and bridges to broadband internet and our water, sewer, and power grids. The bill also offers support for environmental clean-up; electric vehicles; improved safety of highways, trucks, and gas pipelines; and other purposes.

COVID-19 and numerous weather-related disasters have amplified the importance of improving and strengthening the physical underpinnings of our economy and society. Supply chain disruptions, millions of children relying on internet to learn at home, power outages in Texas and elsewhere due to freak storms, and bridge collapses on major highways are just a few of the ways in which the lack of resilience in infrastructure has hurt economic growth and communities across the country.

But what about the deficit? The bill adds an estimated $256 billion to the nation’s red ink over 10 years. Put in perspective, each year’s borrowing represents a tiny fraction of our total debt of $28 trillion. But is it worth it?

As long-time readers know, I periodically raise concern about our public debt, which has grown astronomically in recent years. But there’s a big difference between borrowing to pay for productive investment — especially at today’s low interest rates — and borrowing to finance current consumption, including ever-expanding social payments.

What’s the difference? It’s this: Improvements in our roads, bridges, internet, seaports, airports, water systems and other infrastructure will pay dividends in the form of improved productivity (or efficiency) of our economy overall — thus improving our ability to repay the debt.

Small and large businesses, farmers, and ranchers will benefit from speedier transportation of goods to market and of parts and supplies for their operations.

Entrepreneurs, educators, health care facilities and businesses with employees spread throughout the country will benefit from faster internet — or from first-time access, especially in more remote rural areas.

Strengthening our electric power grids and water delivery systems to protect them from floods, fires and freezing weather will benefit millions of households in affected areas and prevent disruption of our country’s production of critical goods and materials.

America’s investment in our future has lagged behind that of other nations against which we’re competing globally. China, Japan and many European countries have devoted far greater resources to assuring their businesses and workers remain competitive through efficient infrastructure.

If we want to stay ahead of the competition, we need to upgrade our own physical plant. That includes here in Montana, where our roads, bridges, sewers, internet access and other infrastructure badly need improvement.

On-the-ground work to perform all the projects provided for in the infrastructure bill will take time to come to fruition. And finding enough workers to fill all the jobs created may be challenging, at least in the short term.

But just as good business owners invest in new equipment or upgraded facilities — expecting that the investment will generate higher returns in the future — so must America also take steps to keep ourselves in the game in a highly competitive global environment.

Joanna Shelton was Deputy Secretary General of the Organization for Economic Cooperation and Development (OECD) in Paris; held senior positions in the executive branch and Congress in Washington, D.C.; and teaches occasionally at the University of Montana.

Get the latest local business news delivered FREE to your inbox weekly.