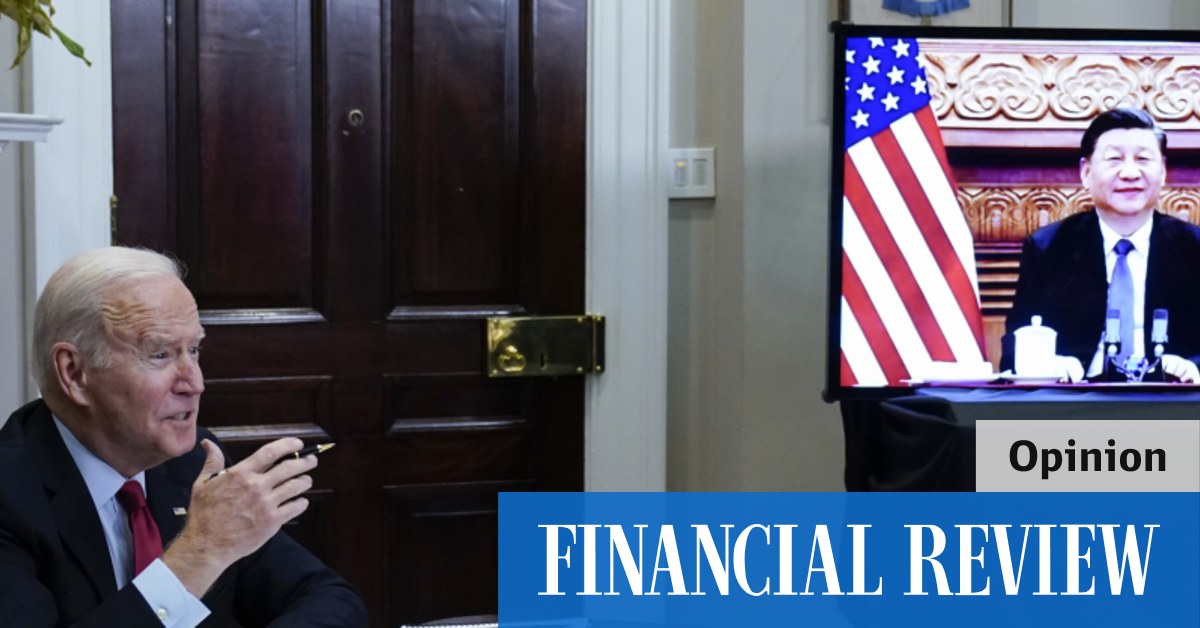 Beijing may paint the US as an interloper in the region and the Taipei government as renegades, but Taiwan is also a democracy and a globally important economy, the Saudi Arabia of microchips. Its collapse for any reason would leave Japan and South Korea extremely exposed, and shatter 70 years of US-backed prosperity in the whole region.

Australia has been a front-line state in this Sino-US contest, singled out for economic punishment for its perceived closeness to the US and its curbs on Chinese investment and influence here. The two governments have barely spoken for two years. AUKUS and the revitalised Quad, which would help restore Australia’s defensive military edge in the region, were results that Beijing probably did not expect.

The US did not respond in the talks to Chinese requests to lift the Trump tariffs, which might have been the chance to raise trade coercion against Australia. But if Washington and Beijing are talking there has to be more chance of Beijing and Canberra talking.

China claims that at the end of its unipolar moment, the US has reverted to Cold War containment of its rival, jealously trying to halt China’s rise in a wrong-headed zero-sum game. US attitudes towards China are simply sour grapes and Australia, say critics here, is out of touch for not recognising it.

But a US-led rules-based order put China into the sweetest spot – the largest supplier and creditor to its biggest rival. China did not just want to be rich, it now has a prickly need to demonstrate its new power, too. That’s the imperative of an authoritarian communist system with a strong tinge of nationalism, which America’s critics don’t acknowledge.

The US accepts that its soft engagement with Beijing to coax greater liberalisation in China, perhaps even to put the Communist Party slowly out of business, didn’t work. But nor will it accept some grand bargain with Beijing that concedes Asia as a Chinese sphere of influence which would turn allies into bargaining chips, and probably be unenforceable.

US National Security Adviser Jake Sullivan and Asia chief Kurt Campbell, both at yesterday’s talks, wrote in 2019 that Sino-US competition “is a condition to be managed, not a problem to be solved”. That fits with comments from US officials at the end of this summit: that it did not ease tensions, and nor was its purpose to raise or dash such expectations. For the moment, talking alone is important.