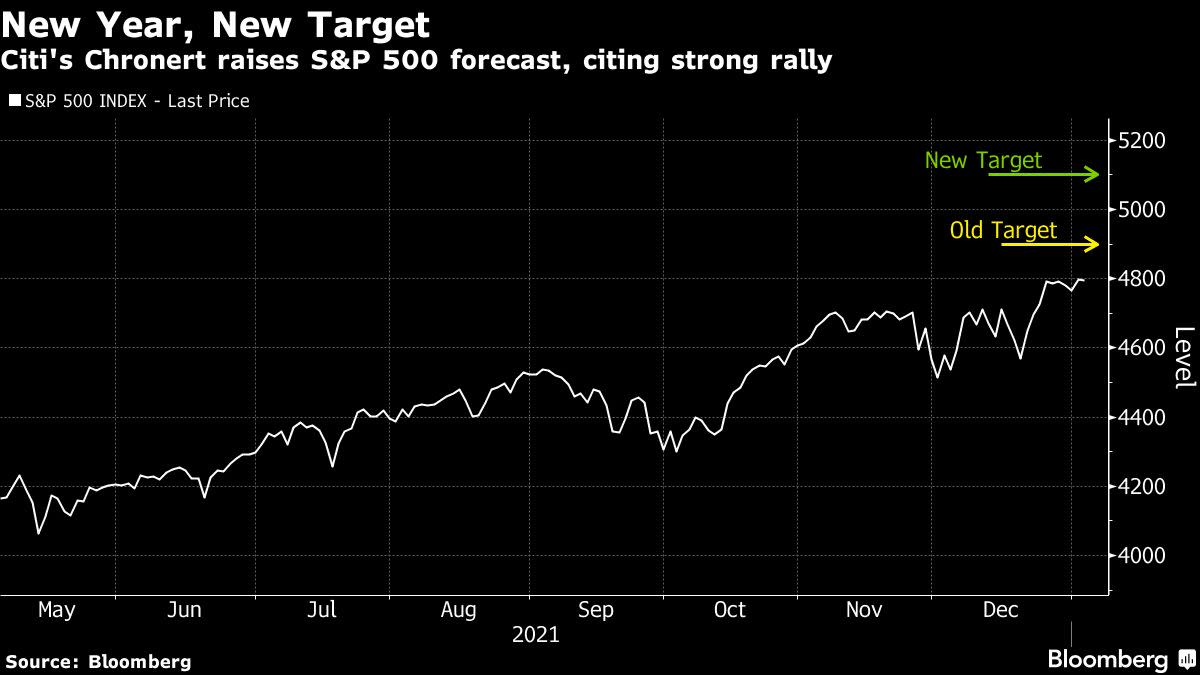 (Bloomberg) — Just two days into 2022, Scott Chronert gave up on what had appeared to be a too conservative market view after U.S. stocks rounded out a third year of monster gains.

The Citigroup Inc. strategist increased his year-end target for the S&P 500 to 5,100 from 4,900, citing an earnings expansion that could last for at least two more years. While keeping his 2022 earnings forecast at $220 a share, Chronert says an early look at 2023 profit growth suggests “solid follow-through.”

“Q4 results should support the recent market action, while 2022 outlooks should generally provide comfort in follow-through, despite ongoing Covid pandemic and supply-chain concerns,” Chronert wrote in a note to clients. “Thus, we remain moderately constructive on the broader market outlook, while acknowledging valuation headwinds as the Fed moves down a more hawkish path.”

The new projection represents a 6.4% gain from Tuesday’s close and puts it at the high end of a forecast range from strategists polled by Bloomberg. In a December survey, Wall Street prognosticators on average expected the S&P 500 to end this year at 4,950. with the highest sitting at 5,330 and the lowest at 4,400.

Last year, the S&P 500 surged 27%, crushing the highest prediction that strategists made last January. The relentless rally has made it hard to be an equities skeptic. Bears have been driven to near-extinction, with almost every attempt to bet against the market thwarted.