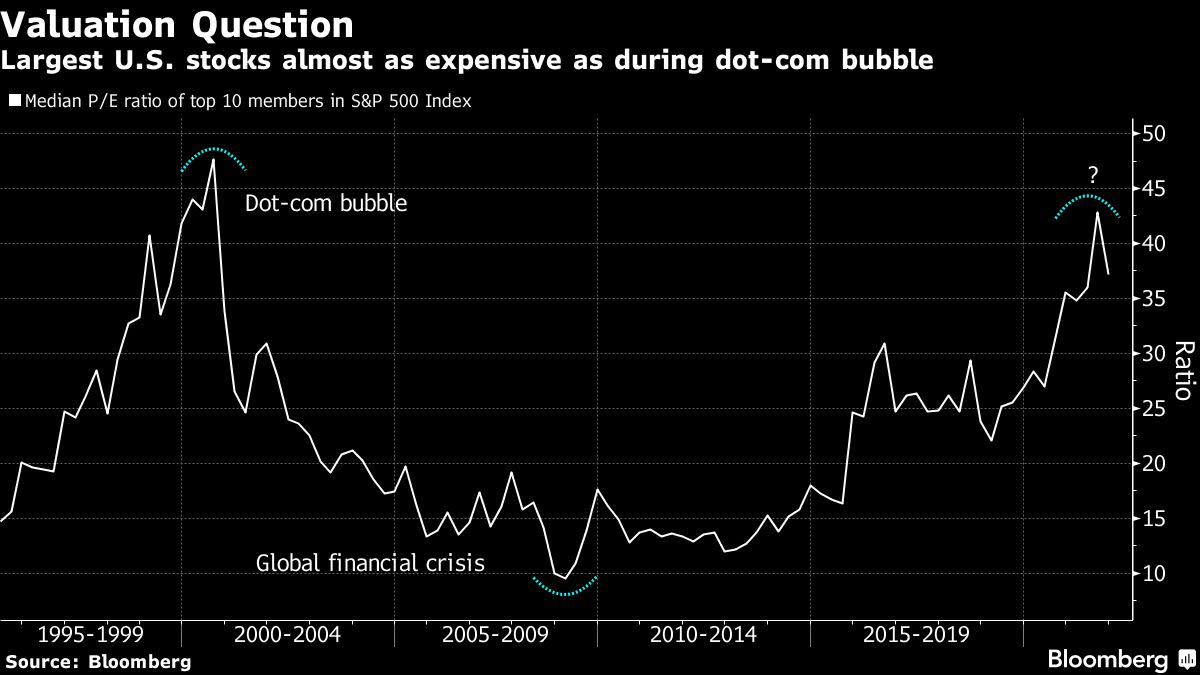 (Bloomberg) — U.S. stock investors should brace for a correction in upcoming months, Wells Fargo & Co. strategists said, joining a chorus of warnings that Wall Street is in for a bumpier ride after last year’s powerful rally.

“Pullbacks will likely be more frequent in this choppier equity market,” the strategists led by Christopher P. Harvey wrote in a note to clients, forecasting a 10% drop for the S&P 500 Index by summertime. “Ultimately, the bend-but-not-break market mentality finally fails investors in 2022.”

The U.S. equity benchmark is trading near a record high, after delivering a blockbuster 27% rally last year. With the Federal Reserve preparing to hit the brakes on support measures, and fears rising that economic recovery may have reached its peak, strategists from Goldman Sachs Group Inc. to BlackRock’s Investment Institute expect returns to be more muted this year, while JPMorgan Chase & Co. warned this week that the U.S. market “could stall” if the outperformance of technology stocks starts to wane.

The silver lining in their gloomy outlook is that the slump may prove to be short-lived. Well Fargo sees a late-year rally for the S&P 500, following a “red wave” in the midterm elections that they forecast will hand control of Congress to the Republicans.

“There is likely to be a U.S. stock market correction in the first half of 2022, but I expect a relatively swift recovery,” Kristina Hooper, Invesco’s chief global market strategist said earlier this week. “It’s been so long since we have had a sizable correction that the odds of one have grown.”