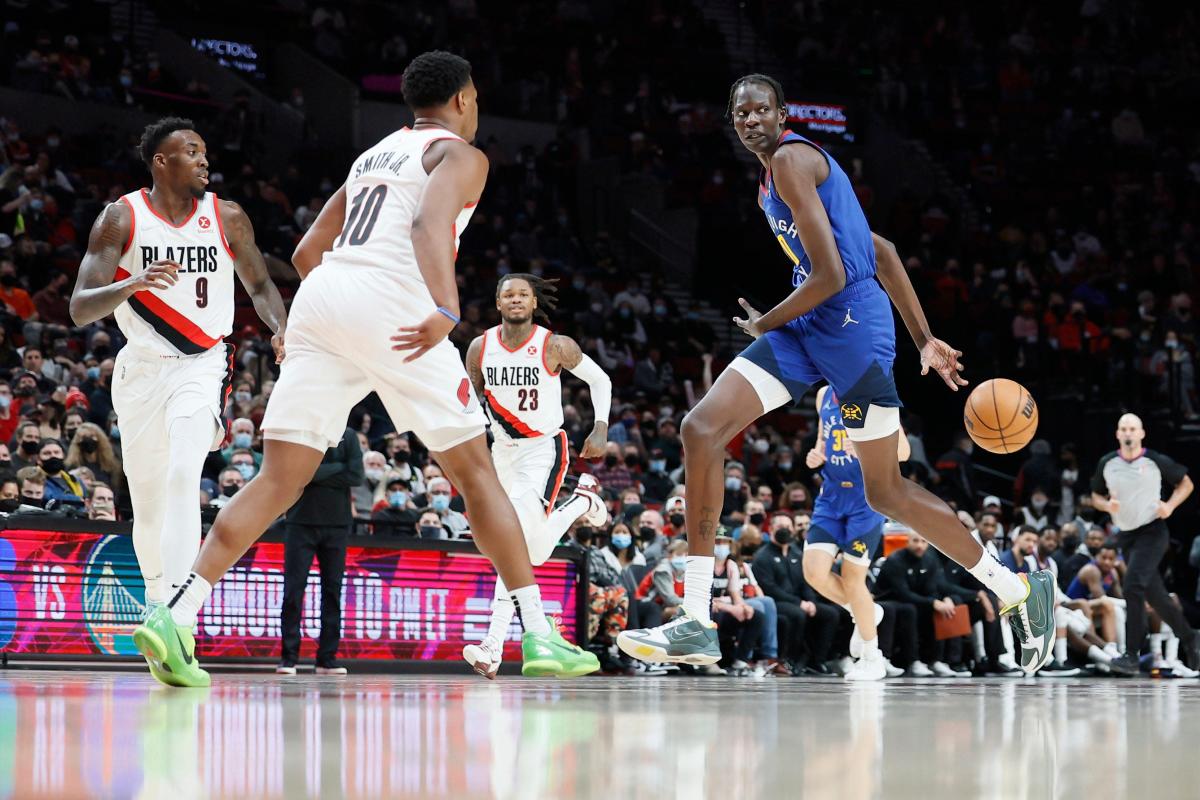 The Detroit Pistons made their first move of the season Sunday, sending Rodney McGruder and a 2022 second-round pick to the Denver Nuggets in exchange for Bol Bol, a league source confirmed to the Free Press. The 2022 pick was acquired from the Brooklyn Nets. The Pistons are now without a second-round selection in June’s draft.

TRENDING: Charles Barkley and ‘Inside the NBA’ missed the mark by ripping Pistons’ effort

The move addresses Detroit’s biggest roster weakness — lack of size. Bol, son of former NBA center Manute Bol, is 7 feet 2 with a 7-8 wingspan. He has played 328 NBA minutes since he was drafted 44th overall in 2019, playing 14 games with the Nuggets this season and averaging 5.8 minutes per game. He has appeared in 53 games for his career, averaging 2.7 points and 1.2 rebounds in 6.2 minutes.

He averaged 12 points, 5.8 rebounds and 2.3 blocks in about 19 minutes per game with the Windy City Bulls, Chicago’s G League team, last season. He’s a restricted free agent this summer.

Bol, 22, will add immediate size to a team that previously lacked a seven-footer, and is still awaiting the return of center Kelly Olynyk from a left knee sprain.

Born in Sudan, Bol played nine games in his lone season at Oregon, before having season-ending foot surgery and declaring for the draft. He was once considered a lottery pick, and was the No. 4 prospect in the 2018 recruiting class out of Findlay Prep in Nevada.

McGruder, 30, played 17 games this season with the Pistons in a reserve role, after playing in 16 last season. He averaged 2.5 points in 9.5 minutes this season.

TRADE TALK: What Pistons must target at deadline, regardless of Jerami Grant’s fate

ANALYSIS: Pistons are constricted in trade flexibility and it may cost them for years

ESPN’s Adrian Wojnarowski was first to report the trade.