The American Farm Bureau Federation’s annual meeting is underway in Atlanta, and the president of the nation’s largest ag group is keeping the pressure on the Biden administration to deal with supply chain disruptions and remove barriers to U.S. ag exports.

Speaking to reporters at AFBF’s annual meeting Sunday in Atlanta, Zippy Duvall said AFBF is pushing the administration to negotiate a Phase 2 trade deal with China and consider rejoining the trans-Pacific trade agreement. 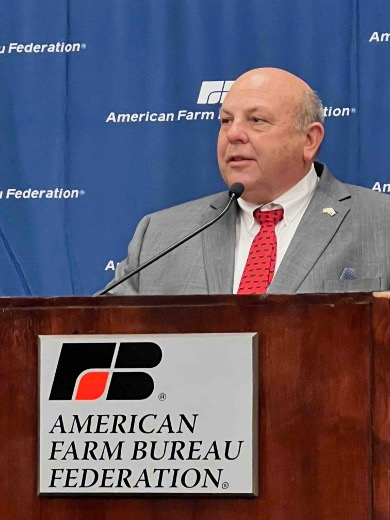 In a pointed remark, Duvall said “agriculture goes a lot deeper than just being … about climate.” Farmers need inputs and reliable infrastructure, “and we’ve got to be able to deliver those products that we sell outside of our country, and we’ve got to have trade agreements to do it,” he said.

Looking ahead: Ag Secretary Tom Vilsack will address the convention today, and there also will be a recorded message from President Biden.

For more on this week’s ag policy agenda, read our Washington Week Ahead. We also have a report on Duvall’s keynote speech to AFBF.

John Newton, the committee’s chief GOP economist, told AFBF members that among other things, senators want to know how the bill could affect cow-calf producers, what the bill’s costs and benefits are, and what the industry would look like in 5-10 years if it’s enacted.

By the way: Experts at Iowa State and the University of Nebraska are among those the committee solicited for help. This could be tricky political territory for them since the bill is authored by Iowa’s Chuck Grassley and Nebraska’s Deb Fischer. The committee already has a report in from Colorado State University’s Stephen Koontz.

Senate Ag Committee member and GOP Whip John Thune announced over the weekend that he’s running for a fourth term. Thune, 61, is seen as a potential successor to GOP Leader Mitch McConnell, R-Ky.

As an Ag Committee member, Thune has been especially involved in commodity and conservation policy, frequently working across party lines with colleagues such as Amy Klobuchar, D-Minn.

Environmental groups are seeking to restart and expedite litigation challenging the registration of dicamba, the widely used herbicide that EPA said last month continues to damage off-target crops and other vegetation.

The Center for Food Safety, Center for Biological Diversity, National Family Farm Coalition and Pesticide Action Network have filed a motion in their challenge to the registration of over-the-top uses on dicamba-tolerant cotton and soybeans. The groups are asking a federal court in Arizona to lift a stay on the litigation.

EPA’s December report shows that the agency’s 2020 registrations of four dicamba products “do not comply with the Federal Insecticide, Fungicide, and Rodenticide Act and the Endangered Species Act mandates to protect farmers and the environment,” the groups said in their motion.

Keep in mind: EPA has said it would use the report to determine a path forward on dicamba, which could include more restrictions, such as a removal of authorization for OTT uses. Farm groups have questioned the accuracy of EPA’s report.

The 9th U.S. Circuit Court of Appeals is hearing arguments today on whether EPA’s registration of glyphosate in 2020 is legally defensible.

Groups including Rural Coalition, Center for Food Safety, the Natural Resources Defense Council and Center for Biological Diversity allege the agency failed to consider the costs to farmers of resistant weeds and harm to endangered species. They also say EPA lacks evidence for its conclusion that glyphosate, the active ingredient in Roundup, doesn’t pose human health risks.

EPA says its “evaluation of human-health risks was thorough, and it reasonably concluded that glyphosate was not likely to be carcinogenic to humans, including to occupational users.”

November was another good month for U.S. beef exports, according to the latest trade data released by the Commerce Department and analyzed by the U.S. Meat Export Federation. The U.S. exported 123,641 metric tons of beef worth $1.05 billion in November. That’s a 7% increase in tonnage and a 49% increase in value from November 2020.

The numbers are even more dramatic for the first 11 months of 2021, which show beef trade on its way to setting records for the year. The U.S. has shipped 1.32 million tons of beef worth $9.59 billion to foreign markets from January through November. That’s a value increase of nearly 40% from the same time frame last year.

Also take note: U.S. lamb exports also had a strong November. Driven by strong demand in the Caribbean and Mexico, the U.S. shipped more than $2 million worth of lamb in November, a 37% increase over the same month in 2020. 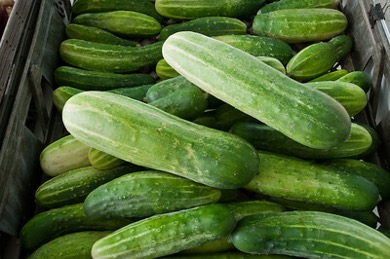 ITC: US farmers losing out from Mexican cucumber, squash imports

Some U.S. farmers would be earning a lot more money without the competition they’re getting from Mexico, according to a pair of studies produced by the International Trade Commission at the request of the Trump administration.

He said it. “It is the biggest limiting factor that agriculture has standing in front of us.” – AFBF President Zippy Duvall on the shortage of ag workers.