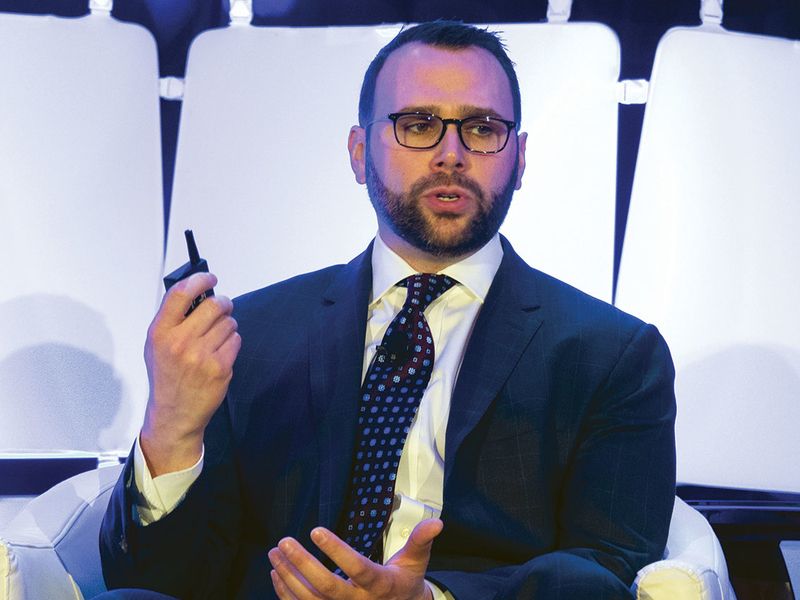 Defined contribution executives who lamented in the past about a lack of in-plan retirement income products are now sifting through an influx of options that reached the market — or were announced — last year.

The diversity of products was prompted in part by the passage of the SECURE Act in December 2019, which was designed to alleviate sponsors’ concerns about fiduciary liability. Many products, however, were on the drawing board before the law was passed. The big question now is how fast — if at all — sponsors will seek new ways to help participants carefully spend their retirement dollars and avoid outliving their income.

Among the new entrants is Fidelity Investments, Boston, which announced in November the creation of Guaranteed Income Direct, designed to allow participants to convert part of their 401(k) plan or 403(b) plan savings into an annuity.

Fidelity allows participants to draw from any plan investment to invest in an immediate income annuity, explained Keri Dogan, senior vice president for retirement income. This annuity “allows you to convert a lump sum of money into an regular income stream starting immediately — as opposed to a deferred annuity, which promises income at a later date,” she explained.

Unlike other many new products, Guaranteed Income Direct isn’t embedded within a target-date fund and isn’t part of a qualified default investment alternative. “We wanted to make it available to anyone, and we wanted simplicity,” Ms. Dogan said.

Participants can devote as much of their savings as they wish for the annuity, said Ms. Dogan, adding that this provision reflects Fidelity’s discussions with sponsors that requested that no cap be placed on annuitization. “Any unconverted savings stays in their workplace savings plans,” she said. Fidelity has signed one client so far that will start offering Guaranteed Income Direct in mid-2022. She declined to provide details.

“Participants must be eligible for penalty-free withdrawals from their plan in order to take advantage of this service,” said Ms. Dogan, “Fidelity is not charging any fee for making this service available to plan sponsors.”

Fidelity doesn’t choose an insurer and it isn’t a fiduciary for Guaranteed Income Direct. The insurer is the sponsor’s responsibility, and the sponsor, which is the fiduciary, can offer more than one choice, she said.

Executives at BlackRock Inc. spent four years working on its LifePath Paycheck, which embeds an annuity within a target-date series serving as a DC plan’s QDIA.

The company is focusing initially on DC plans with $100 million in assets or more that offer a target-date series based on a collective investment trust.

“We built on what works,” said Nick Nefouse, the New York-based managing director and global head of retirement solutions, referring to the use of a target-date series.

“This is part of an asset allocation,” said Mr. Nefouse, also head of the LifePath target-date series. “This isn’t a bolt-on. It’s a whole portfolio solution.”

BlackRock is the fiduciary for the retirement income product, which the company announced in October 2021.

This allocation to the lifetime income units increases through age 65 until it is approximately 30% of the assets in the fund. After age 59 ½, a participant can annuitize, and exchange these lifetime income units into annuity contracts with Equitable and Brighthouse. If participants don’t annuitize, that 30% allocation will remain in their accounts to generate a return similar to fixed income.

Mr. Nefouse described as “part art and part science” BlackRock’s decision to set the 30% allocation. “We believe that participants may want to target an annuity allocation size that, when coupled with Social Security, would be able to cover a substantial portion, if not all, of their essential expenses throughout retirement,” he said.

“While every participant’s circumstances will differ, we believe that providing participants with the opportunity to allocate 30% of assets to lifetime income units at age 65, which represents roughly half of the fixed-income allocation in our traditional LifePath Index strategy, provides a successful balance,” he said. “This is not an arbitrary figure, but has many reference points, including in academic research and IRS/Treasury guidance.”

In March, the consortium announced the offering of Income America 5ForLife, which infuses a guaranteed minimum withdrawal benefit into a collective investment trust-based target-date series.

“The target-date series is a QDIA, and it is the core of how we designed it,” said Rick Luchinsky, senior vice president and co-head of intermediary distribution at American Century in Kansas City, Mo. Using the QDIA will encourage greater participant use, he said.

The consortium took about two years to design its product, acting because “what was in the marketplace lacked flexibility,” he said. The consortium also offers a traditional target-date series. Sponsors can add Income America 5ForLife as a QDIA or pair it with an existing QDIA. As an example, Mr. Luchinsky explained that a sponsor could offer its existing target-date fund as a QDIA for employees younger than 50 years old, “or any age they chose, and Income America 5ForLife as the default target-date fund for all employees 50 and older, or any age they choose.”

When a participant moves retirement assets into Income America 5ForLife, the initial value of the account plus ongoing contributions — minus withdrawals — serves as an income base for the 5% guaranteed income payment, said a March 2021 Income America news release.

When a participant reaches age 65, the guaranteed income component makes a 5% payment on this base. If the market value at age 65 is below the total contributions, America 5ForLife uses the original net contributions as the income base, the news release said. If the market value appreciates when a participant turns 65, America 5ForLife makes a one-time “step up” for the income base, still subject to a 5% annual payment, the news release said.

Lincoln National will offer the product for its own 401(k) plan in mid-2022. Mr. Luchinsky said Income America 5ForLife has received commitments from six other DC plans, which will begin offering the product this year. He declined to identify them, saying only that the combined DC plan assets for the seven clients is about $3.5 billion. The fees range from 131 basis points to 135 basis points depending on the target-date vintage, he said.

Income America 5ForLife assumes the fiduciary responsibility under ERISA sections 404 and 3(38), thus relieving sponsors of liability for vetting insurers, fund managers, stable value and glidepath managers, said the Income America news release. For example, American Century designs the glidepath for a target-date series while Lincoln and Nationwide are the insurers.