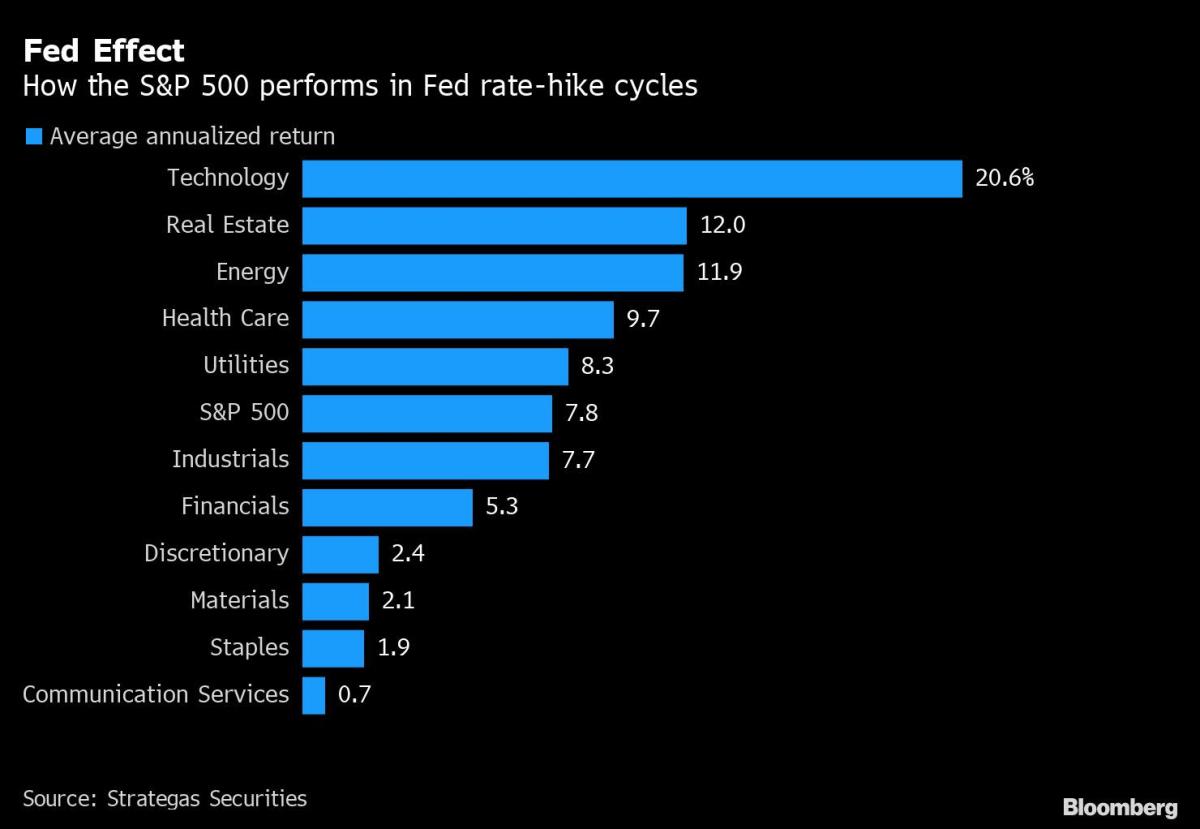 (Bloomberg) — Stocks were on pace for their longest losing streak since September as prospects for higher rates and inflation unsettle global markets. Some corporate warnings about the negative impacts of the omicron coronavirus variant also soured sentiment.

The S&P 500 fell about 2% in its fifth straight drop, while the tech-heavy Nasdaq 100 underperformed major benchmarks. Treasury 10-year yields jumped to about 1.8%. Lululemon Athletica Inc. sank as the maker of yoga pants said omicron was constraining its operations. Torrid Holdings Inc. plunged after the plus-size women’s clothing retailer cut its sales forecast as the variant caused disruptions to its workforce.

Some of the most-speculative pockets of the market bore the brunt of the selling. Cathie Wood’s flagship ARK Innovation exchange-traded fund slid almost 5%, bringing its five-day rout past 17%. GameStop Corp. and AMC Entertainment Holdings Inc. helped drive a basket of so-called meme shares to the lowest level in about a year. Bitcoin dipped below $40,000 for the first time since September.

Markets are facing higher volatility as the pandemic liquidity that has helped drive equities to record highs is withdrawn. The Federal Reserve will likely raise rates four times this year and will start its balance-sheet runoff process in July, if not earlier, according to Goldman Sachs Group Inc. A key measure of U.S. inflation — set to be released Wednesday — is anticipated to have increased further in December, putting additional pressure on the central bank to tighten policy.

“The fact that the Fed might be looking to tackle inflation head on and adopt an even more-hawkish approach has caught the market a little bit off guard,” said Fiona Cincotta, senior financial markets analyst at City Index. “That’s being reflected in those high-growth tech stocks falling again.”

In the past three decades, there have been four distinct periods of rate-hike cycles by the Fed. On average, technology, which has been under pressure amid prospects of earlier and faster rate increases, is among the best-performing sectors during those cycles, according to Strategas Securities.

Here are some key events this week:

Some of the main moves in markets: