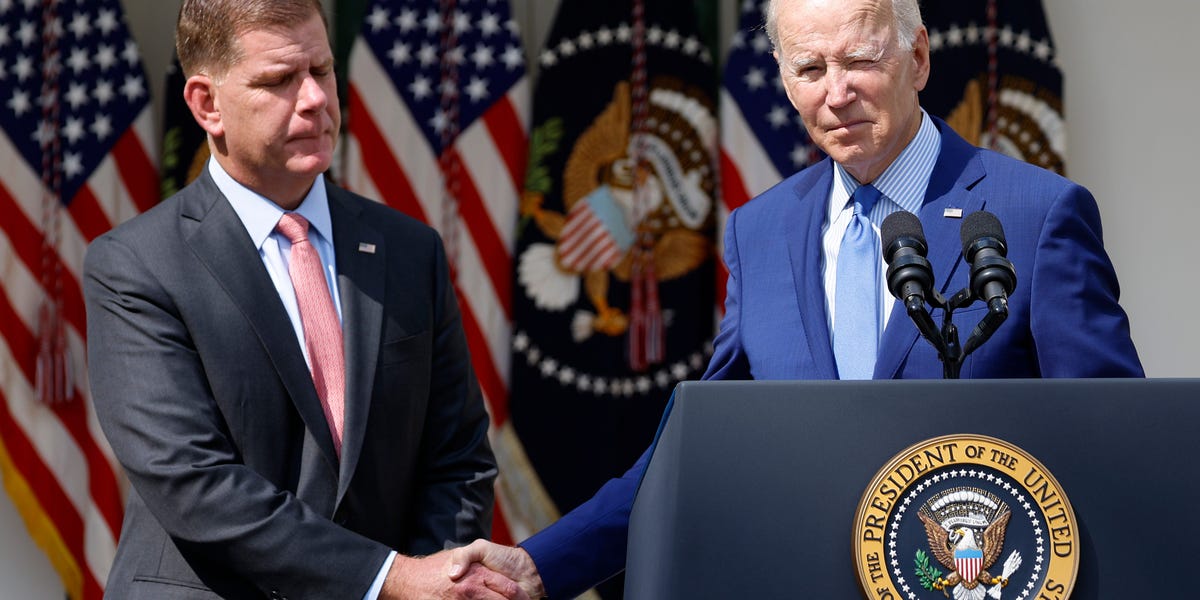 Even with fears of a recession on many Americans’ minds, workers are still quitting, getting hired, and getting raises — and it shows that the tight labor market is going strong.

“I think workers still have options, and I think that that’s a beautiful thing,” Labor Secretary Marty Walsh told Insider.

The Bureau of Labor Statistics released its monthly report on employment on Friday, showing that the country added 223,000 payrolls in December 2022. That’s well above the 200,000 economists surveyed by Bloomberg estimated. The cherry on top: The unemployment rate came down to a historically low 3.5% from its prior 3.6%.

At the same time, another report from the Bureau of Labor Statistics showed that quitting remained near-record highs in November, while hiring and job openings stayed robust. Taken together — alongside structural labor shortages that have kept employers raising wages and vying for workers — the labor market is still looking strong for Americans.

“We’re seeing more people get back into the job market,” Walsh said, noting that workers without college degrees are seeing more opportunity. In December, Americans who graduated from high school, but did not attend college, saw noticeable gains across multiple labor market metrics. Their labor force participation, which measures the number of people working or actively working, went up. At the same time, their unemployment rate went down — suggesting that the high school graduates coming back into the labor force were getting hired.

They’re not the only ones enjoying the fruits of a tight jobs market.

“People who have been laid off are finding new jobs pretty quickly,” Aaron Terrazas, chief economist at Glassdoor, told Insider. “We are starting to see some retirees dip back into the labor market.”

Of course, gains still remain uneven. The Black unemployment rate is still elevated, and, while more Black women joined the labor force in December, their unemployment rate went up. And while wages went up again in December, it was at a more muted rate than prior months. That could mean good news for the Federal Reserve in fending off a recession, but, with inflation still high, it’s not as much money in workers’ pockets.

“We certainly have work to do around food and getting food prices down. There’s no question about it,” Walsh said, adding: “We’re not going to take our foot off the pedal until we see those pressures come down on inflation.”