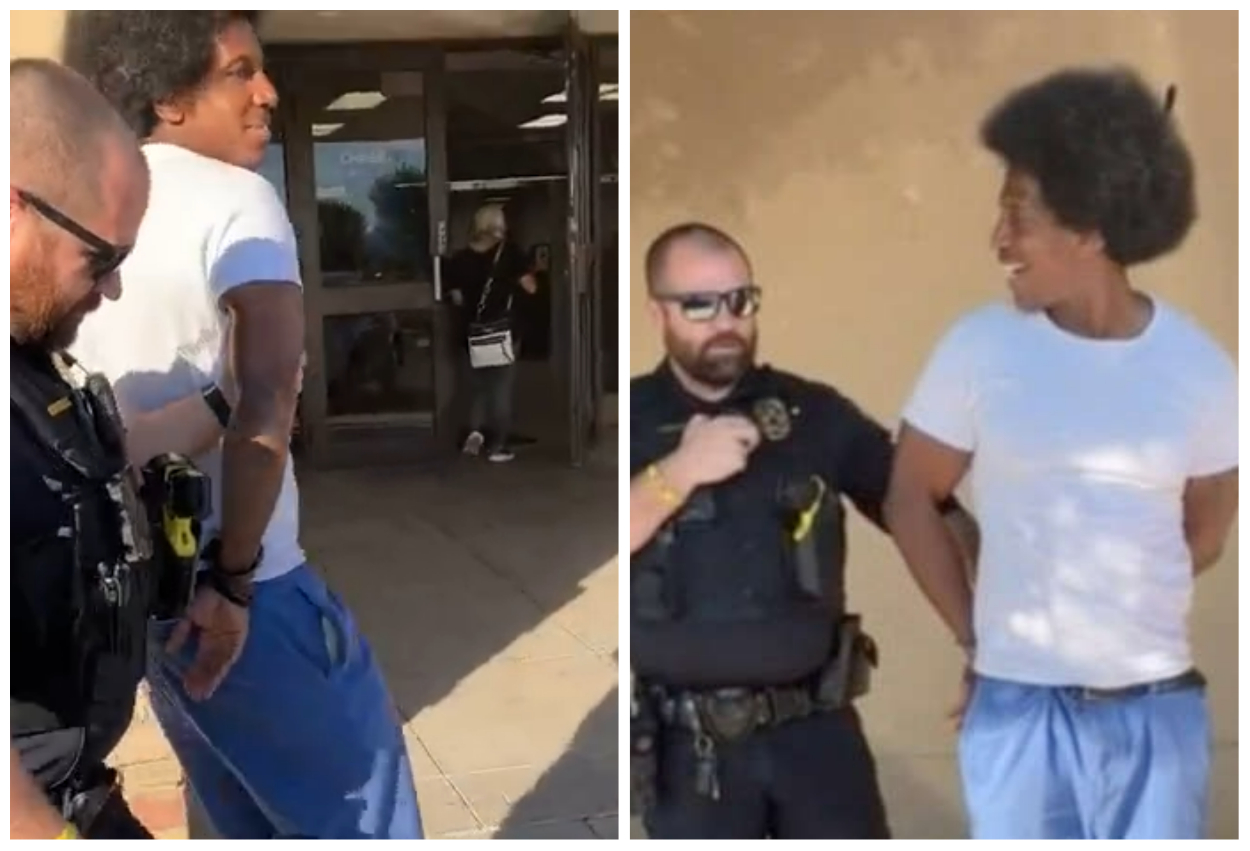 According to reports, the journalist, who is African-American, was interviewing people for a story about savings accounts outside of a Chase Bank branch in north Phoenix. Two employees came out, asked him what he was doing and went back inside. Shortly after, police officer Caleb Zimmerman drove up.

Zimmerman approached Rabouin and told him he was trespassing. He told ABC15 that he identified himself as a WSJ reporter and he was working on a story, adding that employees in the branch knew what was going on. Zimmerman’s report claims that Rabouin never identified himself and refused to leave.

According to ABC15, the police department released an incident report but has not yet provided any video footage.

Luckily, bystander Katelyn Parady decided to film the incident, with the video’s first comments disputing the officer’s claims. Things started to get a little physical as the reporter attempted to leave, claiming Zimmerman didn’t want to look at his credentials and grabbed him by the arm.

“This could get bad for you if you don’t comply and don’t do what I say,” Zimmerman said, according to NBC News, while placing Rabouin in handcuffs.

NBC News reported that the paper’s editor-in-chief Matt Murray wrote a letter in December to the Phoenix Police Chief Michael Sullivan with concerns. “No journalist should ever be detained simply for exercising their First Amendment rights.”

According to the letter, Rabouin filed an internal complaint. A few weeks later, he received a call from a police official saying that the department had reviewed the incident and found no wrongdoing.

Rabouin said he has basically let it go. “Journalists don’t want to be the story,” he explained. “We want to report the story.”