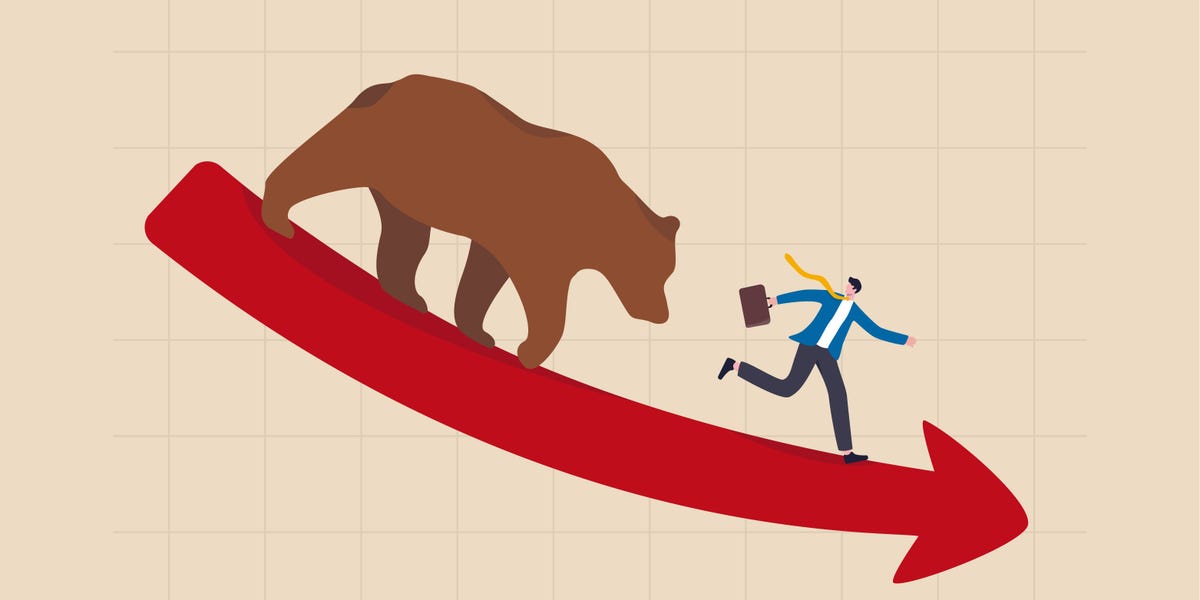 The industry’s market cap is off more than 65% from record highs in November of 2021, according to data from Messari, with bitcoin and ethereum down over 60% year-to-date.

Many are asking themselves: Can it get any worse?

“Contagion takes a long time to fully play out and we expect that there are still some dominoes to fall in 2023. With that said, we are already seeing a renewed commitment to building better, more trustworthy solutions in the space and expect that trend to be a core theme of 2023,” Phil Wirtjes, Head of Strategy at digital asset trading platform Enclave Markets, told Insider.

What’s the next shoe to drop this year?

All eyes are on Digital Currency Group, the conglomerate that oversees heavyweights like asset manager Grayscale and crypto brokerage Genesis.

Genesis is under fire after its lending arm halted withdrawals in November. The firm had exposure to Sam Bankman-Fried’s collapsed exchange, with $175 million stuck on an FTX trading platform. Genesis says customers rushed to withdraw funds after FTX filed bankruptcy, which led to a severe liquidity crunch.

“The impending downfall of Genesis has been a topic of concern for some time, as the majority of its assets are owned by US hedge funds and the market has already adjusted for this news,” Andrei Grachev, the Managing Partner at digital asset market maker DWF Labs, told Insider.

He added: “While the collapse may not have a major impact on the industry as a whole, it marks the end of an era as DCG, long feared to be the final domino to fall, will finally succumb.”

Genesis slashed 30% of its staff on Thursday, a company spokesperson told Insider, with the sales and business- development teams being most impacted by the cuts. Gemini, the cryptocurrency exchange that lent Genesis funds for its interest-bearing product, is trying to recoup $900 million of customer money from the embattled firm.

There could be majors losses and liquidations throughout the industry if a large firm like Genesis or its parent company DCG were to file for bankruptcy.

“Lawsuits and bankruptcies will continue for many years. Even today, the coins from the bankruptcy of Mt.Gox from 2014 are awaiting distribution,” Tegan Kline, CBO and co-founder of software developer Edge & Node, told Insider. “The biggest unresolved situation right now is the situation with DCG, Genesis, and Grayscale and we are waiting to see what happens there.”

FTX contagion could lead to more bankruptcies and lawsuits this year as well.

Fedor Muegge, partner at blockchain venture firm 369 Capital, told Insider that the industry hasn’t seen the FTX or Terra and Luna implosions fully play out yet.

“We haven’t even started to really unravel FTX and its network of companies. Further work on this and investigations in other recent events such as the Terra-Case, could lead to more lawsuits,” Muegge said.

He added: “In addition to that, a lot of smaller players will run out of liquidity during this prolonged bear market which will eventually lead to more bankruptcies. “

Expect a pullback on double-digit interest yield offerings from centralized firms, because if there’s anything that we’ve learned from crypto in 2022, it’s that if it sounds too good to be true, then it probably is.

“There are many protocols that offer yield from staking to securing the network as with ethereum or DeFi protocols that have come out of the crisis in crypto lending with flying colors,” Kline added.