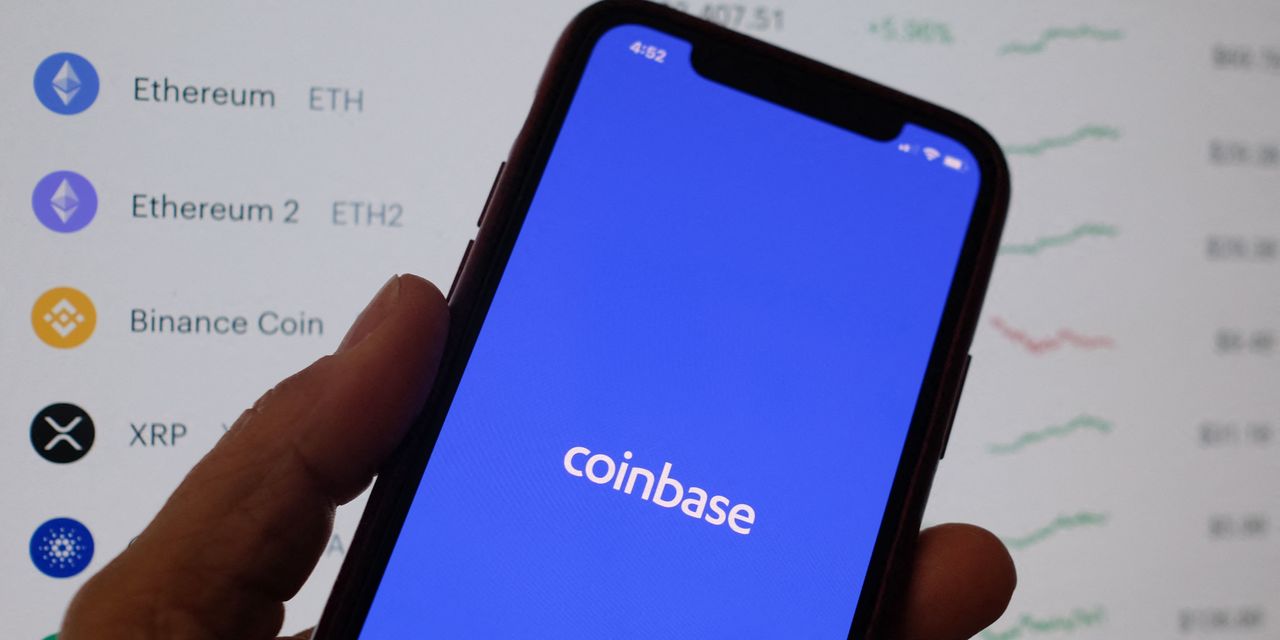 The collapse of the crypto exchange FTX has left a black hole in the cryptocurrency ecosystem. But Jefferies analysts on Monday said they believed rival Coinbase Global Inc. would ultimately be spared — albeit not without a few hits along the way.

“Coinbase’s premium brand, position as an onshore/regulated entity, scale, and healthy balance sheet should enable it to weather the industrywide fallout from FTX’s collapse, but the immediate impact is decidedly negative with trading volumes facing incremental pressure,” Jefferies analysts wrote in a note on Monday.

“We expect COIN to regain a portion of its share losses from the past 2+ years, but still see a steep climb to Street estimates in FY25, which we believe embed a bitcoin recovery to ~$25k,” they continued.

Bitcoin
BTCUSD,
+2.29%
was trading around $17,329 on Monday, up 2.3%. The cryptocurrency’s value has plunged since 2021, after recession fears and higher interest rates forced many investors toward safer assets and concerns grew about the stability of the crypto ecosystem.

The Jefferies analysts said that FTX’s implosion had raised bigger doubts about the safety and security of that ecosystem, and that shares of Coinbase would suffer as its base of retail traders moved to the sidelines. But they also cited Coinbase’s cash pile of more than $5 billion, its standing as a public, audited company and “minimal exposure” to FTX and other embattled crypto names.

FTX’s demise could also give Coinbase a chance to regain market share, they said.

“COIN’s market share has trended negatively over the past two years, but we expect some of these losses to be pared in the near-term…and over a longer time horizon as COIN can re-establish its status as the de facto on-ramp into crypto, should we see another up-cycle,” the analysts said.

Amid crpyto’s most recent boom and bust, Coinbase has reportedly faced growing scrutiny from U.S. regulators over its trading practices, and analysts expect regulators to take a closer look at the crypto universe following FTX’s collapse. New York state regulators this month also announced a $100 million settlement with Coinbase, after they found “significant failings” in its compliance and anti-money-laundering protocols, and said the crypto exchange failed to vet new users sufficiently and review and report suspicious activity in a timely manner.

Goldman Sachs analysts, in a note on Monday, struck a pessimistic tone on Coinbase.

“We remain negative on COIN’s business into 2023, as deteriorating trends in crypto, increased regulatory scrutiny, and reduced investor confidence in the asset class are likely to continue to drive subdued trading activity and limited new product releases in 2023,” they said.

“Given weakening trends and mgmt’s continued commitment to generating
sustained operating losses during the current crypto winter, we see limited catalysts for outperformance,” they added.

For more: You need to understand the FTX debacle even if you have no investments in crypto