Enough to kill every American. That’s the amount of lethal doses of fentanyl – a total of 379 million – seized by the DEA in 2022.

The number is as disturbing as it is unsurprising: over the last decade, fentanyl related deaths in Americans have increased 4,860%, reaching its highest levels ever – over 80,000 – in 2021.

This is no mere drug epidemic. This is a national security crisis – a silent war being waged on America’s most vulnerable populations, using poison as the weapon of choice.

Cartels, in collaboration with China, are purposefully targeting vulnerable Americans, lacing additional drugs with fentanyl to increase rates of addiction and hiding fentanyl in counterfeit pain, anxiety and ADHD medications.

‘THREE AMIGOS’ SUMMIT WE NEED: BIDEN, OTHER LEADERS MUST GET SERIOUS ON ENERGY, CHINA, CARTELS

This intentional effort to spread addiction and death is increasingly affecting American teenagers, whose overdose rates have doubled since 2019 thanks to these practices.

Part of the reason for this explosive growth is the growth of the cartels themselves. These criminal gangs now have at least partial control over 70% of Mexican territory, resulting in some of the highest homicide rates in Mexican history.

Unfortunately, Mexico’s current security approach of “hugs, not bullets” is unsurprisingly ineffective in curtailing this trend. Crime is committed with impunity, with only 1.3% of cases solved in Mexico, and attacks on journalists are on par with the war-torn nations of Syria and Afghanistan.

At the same time, Mexico is undergoing a similar type of democratic backsliding as Venezuela under Hugo Chavez. Just as in Venezuela, Mexico is increasingly expanding the scope of activities for the Mexican Army, deploying them to oversee social programs, militarizing police forces, and in effect turning the army into the president’s political base. This combination of violence, corruption and human rights violations are a petri dish for the rise of cartel drug smuggling and power.

Monday, President Biden is in Mexico to participate in the annual North American Leaders Summit, where he will be meeting with the Mexican and Canadian presidents. Despite the tens of thousands of deaths caused by our open border, Biden has inexplicably described his priorities during the summit as “climate and the environment, migration, diversity and inclusion.” 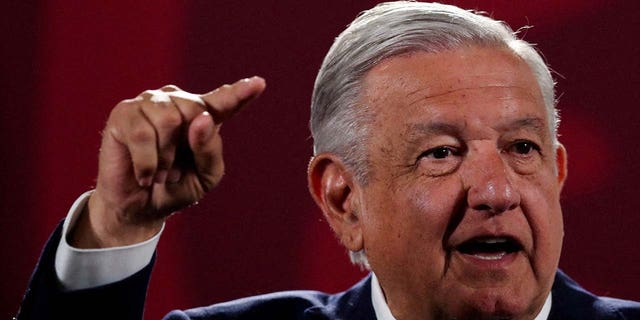 Security cooperation should be our only priority.

If we have any hope of reducing the amount of fentanyl that takes American lives, President Biden must make addressing the drug crisis a national priority. We cannot turn a blind eye to our fellow Americans who have fallen victim to substance abuse. They, like all Americans, have an inherent right to life, liberty and the pursuit of happiness; and our national project mandates we strive to ensure those rights.

The summit is an important opportunity to do just that. It is only with strong, reliable cooperation from Mexican security forces that we can effectively curtail drug flows. Unfortunately, this cooperation has declined in recent years thanks to Mexico’s 2020 Foreign Agent’s Law. We must reverse this trend, and make it abundantly clear that stopping cartels is a direct national security priority of both the United States and Mexico.

This is especially true now that Mexico is itself beginning to experience an uptick in fentanyl-related addiction and death, and as cartel violence threatens democratic processes and results in the murders high-ranking officials. In recent days, President Lopez Obrador arrested Ovidio Guzman, son of drug kingpin “El Chapo,” and put the cartel-ridden state of Sinaloa in lockdown. President Biden should insist such steps be the start of a new security approach for Mexico, not merely a one-off signal in advance of the coming summit.

Biden should also hold Mexican government officials at the state level accountable for their complicity in the drug trade, including by expanding the use of the Kingpin Act to target those officials who enable or turn a blind eye to cartel activity. The Guacamaya hack, which includes information held by the military on ties of local mayors in Mexico to the cartels, should be mined for information and combined with existing U.S. intelligence for Kingpin designations and the “prudential revocation” of non-immigrant visas.

Migrant families from Brazil pass through a gap in the border wall after crossing from Mexico to Yuma, Arizona, to seek asylum on June 10, 2021.
((AP Photo/Eugene Garcia, File))

Of course, Biden needs to commit to securing the border from our side, investing more heavily in customs inspections at our ports of entry where the vast majority of drugs enter the United States and end what has effectively been our open border policy. In 2022, cartels made an astronomical $13 billion from smuggling immigrants – an increase of $12.5 billion from just four years prior. This money serves to further fuel violence and addiction on both sides of the border.

Mexican cartels are engaged in an intentional campaign against American citizens – a campaign that has, in a single year, murdered more Americans than were killed in 9/11, Pearl Harbor, and American casualties in every war over the last 30 years combined. The United States must deploy all resources at its disposal to stop this. Hundreds of thousands of American lives depend on it.

Carrie Filipetti is a former deputy assistant secretary in the Bureau of Western Hemisphere Affairs at the Department of State and the executive director of the Vandenberg Coalition.