The Dollar has broken beneath the support at $103.45 which indicates the strength other currencies are seeing against the USD at the start of this week. CPI data will be released on Thursday which is the main indicator of inflation in the US economy.

As we saw jobs data send mixed messages last week, with more jobs added than expected yet decreased growth in wages, analysts are unsure about what to expect on Thursday.

The last few CPI data releases have been lower than forecasted which signals that the economy has been slowing down more than expected. This is why we have seen the Dollar bearish in recent months.

If CPI data comes out higher than expected, then we can expect a hawkish tone from the Fed at the next meeting and investors could be bullish on the Dollar.

However, if CPI data is lower than projected, further indicating that the contractionary high-interest-rate environment is having the desired effect on the spinning wheel of the US economic machine, then investors can expect the Dollar shorts to prevail.

For other assets, Gold is consolidating in anticipation of the CPI data release on Thursday, Bitcoin is pushing upwards into new ranges as the Dollar falls, and S&P 500 is still declining as the high-interest rates are taking effect on the overall US economy.

In today’s DIFX Analytics, we’re going to look into the following assets: 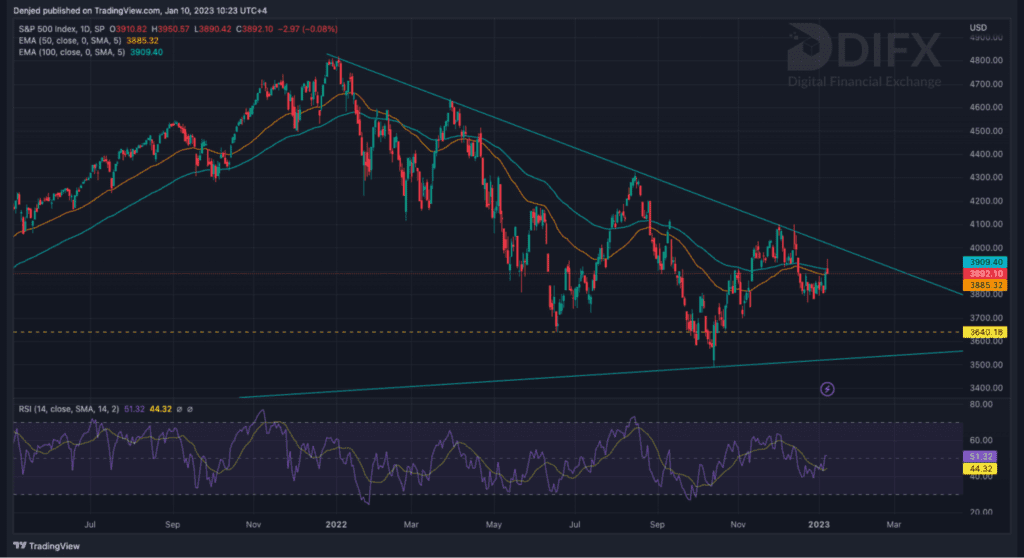 The S&P 500 has been on a steady decline since the start of 2022. We can see price action systematically reject the descending trend line as it consistently found resistance at these levels.

We are approaching that line as the index trades at $3892 and RSI is sitting near neutrality around 51.

We can expect the downtrend to continue until the support at $3640-$3650. If there is a breakout to either of the trend lines (blue) then traders can anticipate massive moves in that direction. 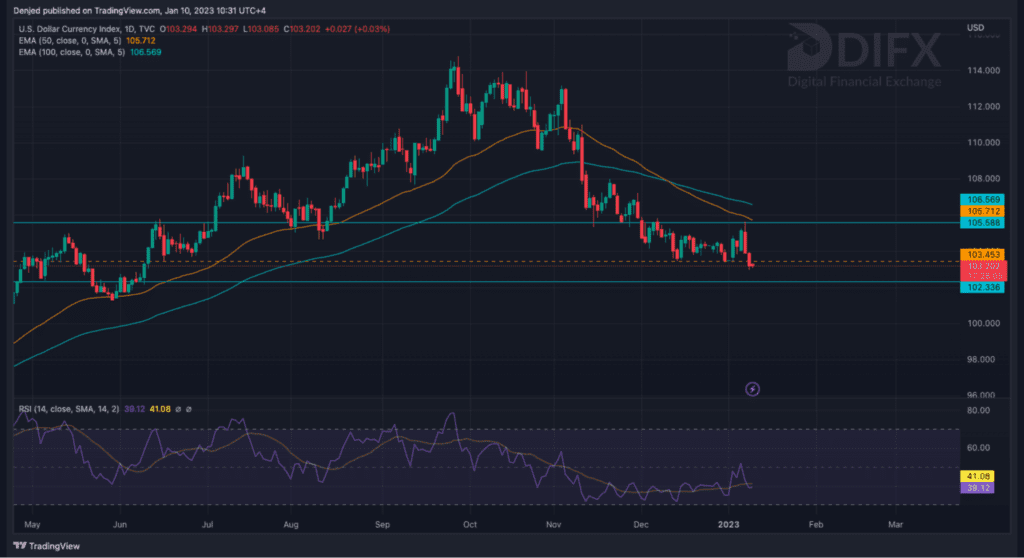 The dollar broke beneath support at $103.45 which it had bounced off twice before. RSI is gaining and even though price action hit a new low, RSI is trending upwards.

We see technicals signaling strength in a retracement, however, with the support broken, the next key level is $102.33. 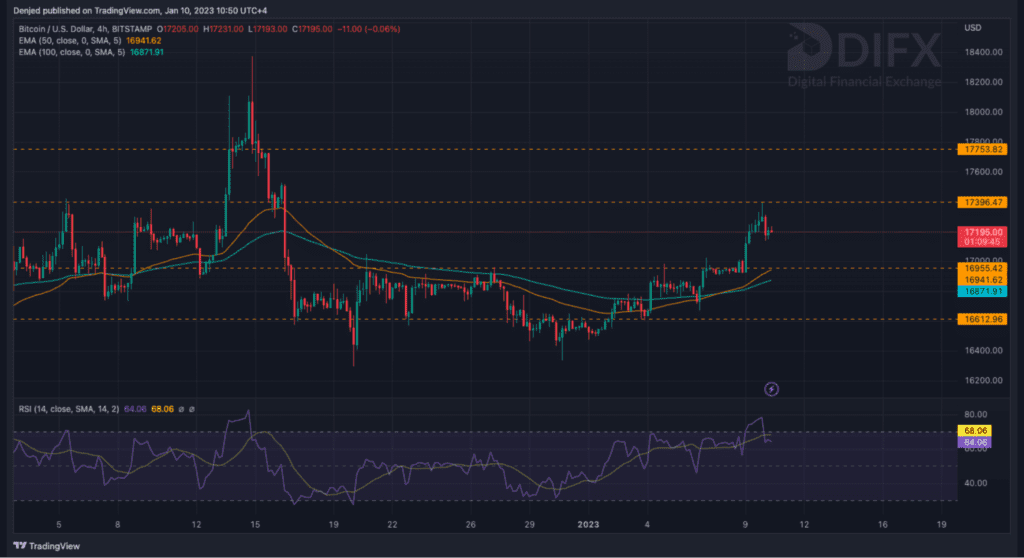 Bitcoin is retracing after rejecting the $17,400 level. You can consider the support and resistance levels on the chart as a guide to this week’s trading. 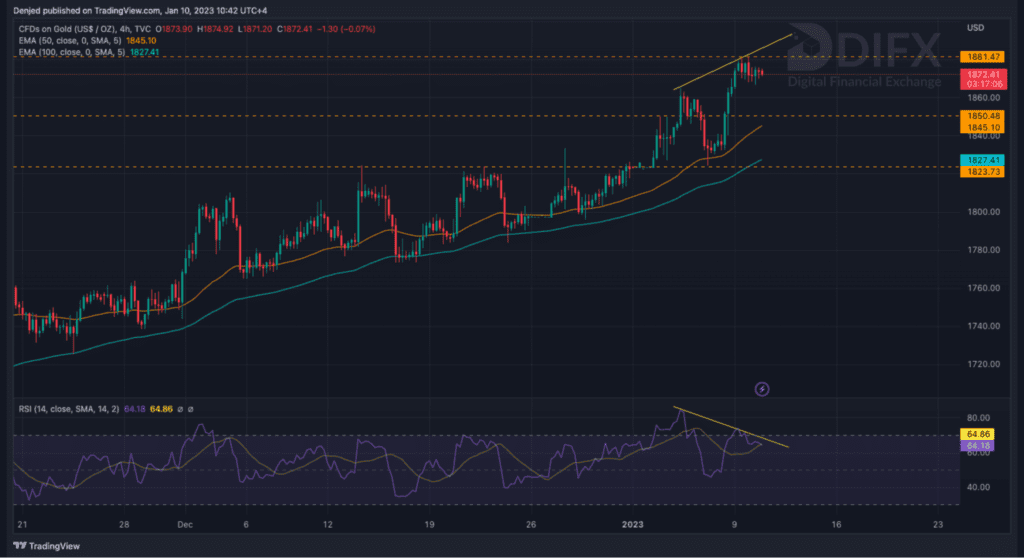 Gold is seeing resistance at $1875 – $1880. RSI is displaying bearish divergence with lower highs being set on the indicator even as price action sets new highs.

The next support is $1850 so if there is a retracement, we should look out to see how the price reacts to this level.

CPI data released on Thursday will have a massive influence on the asset.

To learn more about the markets and start your trading journey, sign up now on Digital Financial Exchange (DIFX) to create your diverse portfolio of assets.

Digital Financial Exchange (DIFX) is a centralized cross-asset crypto exchange that allows users to trade between multiple asset classes that include indices, forex, crypto, metals, and commodities, just to name a few. The DIFX fully-insured crypto wallet comes from a partnership with Fireblocks, one of the leading crypto custodians in the world.

To begin your journey with Endless Possibilities, download the app now from the iOS or Google Play Store, or visit us at difx.com

DIFX shall not be responsible for any loss arising from any investment based on any recommendation, forecast or other information herein contained. The contents of this publication should not be construed as an express or implied promise, guarantee, or implication by DIFX that the forecast information will eventuate, that clients will profit from the strategies herein or that losses in connection therewith can or will be limited. Trades in accordance with the recommendations in an analysis, especially leveraged investments such as foreign exchange trading and investment in derivatives, can be very speculative and may result in losses in particular if the conditions or assumptions used for the forecast or mentioned in the analysis do not eventuate as anticipated and the forecast is not realized.