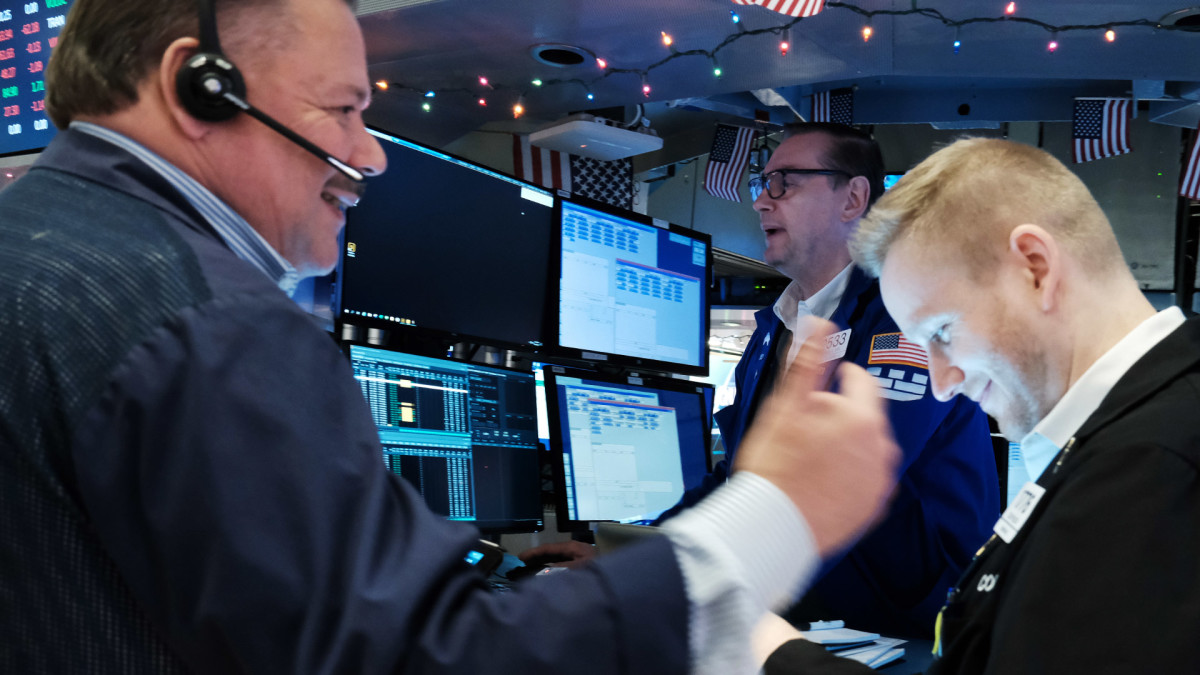 Stocks finished higher Tuesday, countering a move from late yesterday that pared gains on Wall Street, even as investors continue to worry that a hawkish Federal Reserve will challenge market consensus of slowing inflation and 2023 rate cuts.

Fed Presidents Mary Daly and Raphael Bostic doubled down on the central bank’s view that inflation remains too far from its preferred 2% target to consider easing rates, with Daly telling the Wall Street Journal that she could provide arguments “for either side” in the debate as to whether a 25 basis point or 50 basis point rate hike would be appropriate for the Fed later this month, and stressing he need to ensure inflation doesn’t become imbedded into the economy.

Curiously, the CME Group’s FedWatch continues to suggest a 78.2% chance of a 25 basis point rate hike at the end of this month, a move that would take the Fed Funds rate to a range of between 4.5% and 4.75%, and bond markets continued to rally in the wake of Bostic and Daly’s comments.

Benchmark 2-year Treasury note yields were last seen up at 4.239% in New York trading, but still trending towards their September low of 4.15%, with 10-year notes rising to 3.613%.

The U.S. dollar index, which tracks the greenback against a basket of its global peers, rose 0.27% from yesterday’s levels — the lowest in six months — to change hands at 103.28 in New York dealing.

Stocks, however, were quick to react, and remain sensitive to headline risk linked to both Fed policy and inflation prospects heading into Thursday’s CPI reading and a speech from Fed Chairman Jerome Powell prior to the start of trading.

Powell, who addressed the Sveriges Riksbank International Symposium on Central Bank Independence in Stockholm at 9:00 am EST Tuesday, has stressed the need for ‘data dependence’ in tracking both inflation dynamics and the Fed’s reaction function, arguing last month that allow price pressures to become more deeply imbedded in the economy would be more damaging than the rate hikes needed to tame it.

The Fed Chair made no direct reference to the U.S. economy, but noted that restoring price stability “when inflation is high can require measures that are not popular in the short term as we raise interest rates to slow the economy.”

Core inflation rates, however, are forecast by some to fall to as low as 2.5% by the end of June, just one month after the Fed has essentially promised to raise if benchmark Fed Funds rate to a range of between 5% and 5.25%.

That path, alongside slowing growth and a weakening labor market, could compel the Fed to change tact, but Powell has remained steadfast in previous months with respect to the Fed’s inflation goals and has leaned against market expectations of policy easing.

Pfizer  (PFE) – Get Free Report shares ended down 1.6% said it could work with a local partner in China to sell its Covid antiviral treatment Paxlovid.

Broadcom  (AVGO) – Get Free Report shares ended slightly lower to $574.93 following a report that Apple  (AAPL) – Get Free Report is planning to dump the chipmaker’s products and use its own in-house chips within the next two years.

Bed Bath & Beyond  (BBBY) – Get Free Report was active, as well, soaring 27.8% to $2.07 a share, after posting a deeper-than-expected third quarter loss and said it’s exploring “multiple paths” in its turnaround strategy after the struggling home retailer previously warning it’s at risk of bankruptcy.

In overseas markets, the the region-wide MSCI ex-Japan index fell 0.27% into the close of trading, while Europe’s Stoxx 600 closed 0.55% lower in early Frankfurt dealing. London’s FTSE 100 was down 0.43%.