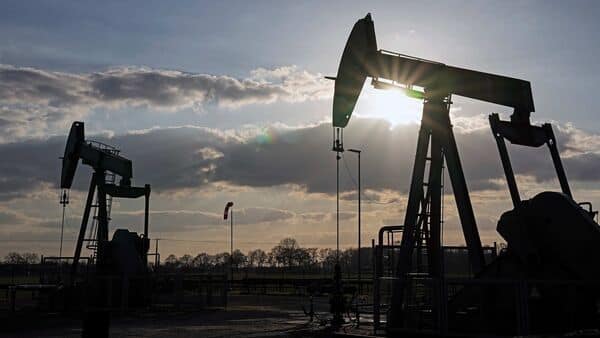 Energy prices and energy stocks have moved in different directions in recent months. The wind will change one way or the other.

Benchmark Brent crude has fallen to around $80 a barrel, having averaged $101 in 2022. China’s messy reopening after almost three years of Covid-19 restrictions and the prospect of a global recession caused by rising interest-rate rises have weakened the outlook for oil demand.

Natural-gas prices have also had a mellow start to 2023. Wholesale natural-gas prices in northwest Europe are now €70 a megawatt hour. This is back to levels seen before Russia invaded Ukraine, and a sharp fall from August’s €350 high, when the European Union was frantically building stores for winter after the Kremlin cut pipeline flows. Unusually warm weather means the region’s gas-storage facilities are 83% full and should be in better shape than expected by the end of the current heating season.

Yet energy stocks are still flying high. In the past two months, the likes of Shell and BP have given up some of last year’s striking outperformance versus broad European markets, but they haven’t followed oil and gas prices south.

Generous share buyback programs are part of the explanation. Last year, free cash flow among the integrated European energy companies reached $141 billion, almost twice 2021 levels, brokerage Bernstein notes. As a result, they boosted dividends and announced buybacks worth $42 billion, compared with $9 billion a year earlier. Shell, which accounts for close to half of this total, is currently buying around 20% of its daily traded volumes.

Such generosity can only continue while the companies are making more money than usual, particularly given additional taxes—Shell said last week that it will hand $2 billion in windfall levies to the EU and U.K. for the fourth quarter. This may ultimately boil down to a bet that the lull in energy prices will be temporary.

Europe will soon need to top up its gas-storage facilities for another winter without the Russian pipeline flows it relied on before the war. Even with healthy levels in storage, the region will have to pay a premium over Asian buyers to attract seaborne LNG cargoes. Big Chinese buyers, which bought 20% less than normal last year, should come back to the market as the country fully reopens. And global LNG supply will remain tight as meaningful new production is only expected from 2025 onward.

In oil markets, meanwhile, the Kremlin has banned sales to countries that comply with the recently imposed G-7 $60 cap on the price of Russian oil. The country’s deputy prime minister, Alexander Novak, also said Russia could cut production by up to 7% in response to the cap, which would trim global supply. There may also be a hefty buyer in the market this year when the Biden administration begins to refill the Strategic Petroleum Reserve—although Washington’s ambition to pay below the current market rate could mean it moves slowly.

A peace agreement that ends tensions between Moscow and Kyiv and returns Russian oil and gas flows to normal would upend the picture, but that looks far-fetched for now. The big risk to today’s bullish consensus is therefore that the macroeconomic news gets steadily worse, eventually forcing producers to rein in buybacks. Fourth-quarter results may offer some clues, but there will be plenty of others too. Owning energy stocks this year will require constant macroeconomic monitoring.