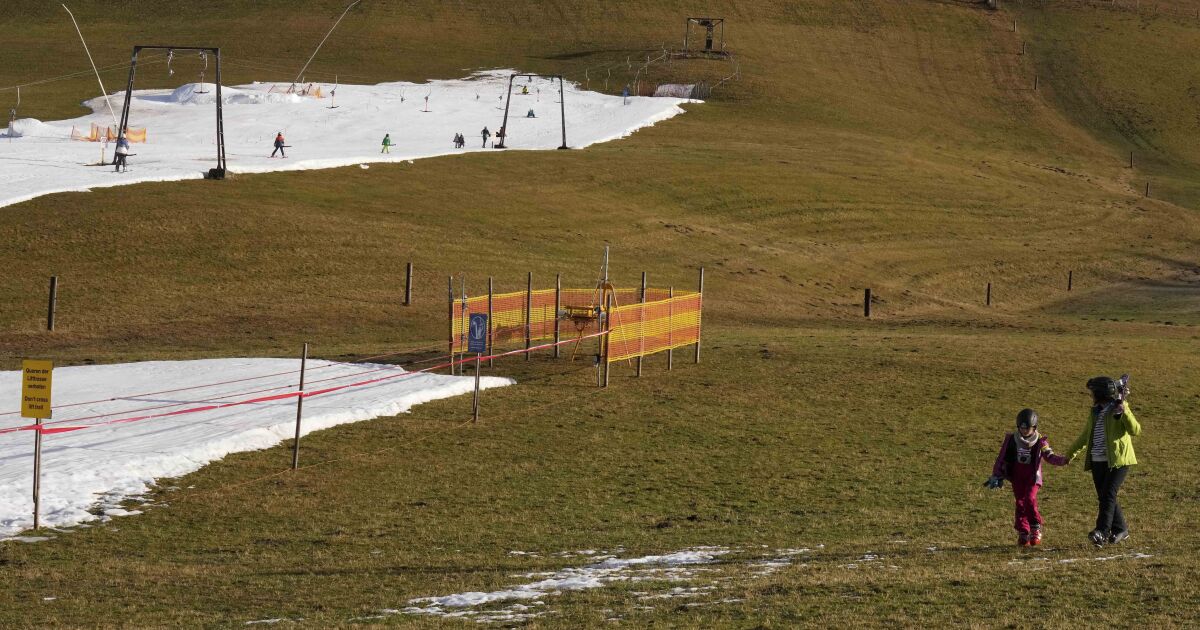 Europe has dodged an energy apocalypse this winter, economists and officials say, thanks to unusually warm weather and efforts to find other sources of natural gas after Russia cut off most of its supply to the continent.

Natural gas suppliers in recent days have increased their stocks at a time when they’re usually being drawn down — an unexpected boost that has relieved fears of gas used to heat homes, generate electricity and power factories running out by winter’s end.

As a result, short-term gas prices have fallen from record highs, dropping from 18 times to four times higher what they were before Russia massed troops on Ukraine’s border in early 2022. That’s still painfully high, eating away at company earnings and consumer spending power through costly utility bills and inflation.

But analysts say the worst-case scenario of shortages and rationing has been avoided.

Why is Europe facing less risk of gas shutoffs?

Warm weather has allowed Europe’s storage facilities to remain 83% full since Jan. 1, with levels even rising on some days. That’s extraordinary. Gas reserves are usually drawn down starting in October and refilled the next spring.

Record-high temperatures — which have hurt businesses dependent on snow sports — come top of a scramble to find new suppliers to replace most Russian gas, which Europe depended on before the war. Moscow has shut off most of its supply to Europe as governments imposed sanctions and supported Ukraine.

Countries have lined up expensive supplies of liquefied natural gas — which comes by ship instead of pipeline — from the U.S. and Qatar. Germany leased five floating import terminals for LNG for almost 10 billion euros ($10.7 billion), the first of which arrived in November.

Industry has reduced use, sometimes simply by halting energy intensive production such as fertilizer or steel that was no longer profitable at high prices.

“We have prevented the worst that we were threatened with in summer … a complete economic meltdown for German and European industry,” German Energy Minister Robert Habeck told reporters last week.

Simone Tagliapietra, energy policy expert at the Bruegel think tank in Brussels, put it this way: “The energy crisis per se is not over, but the peak of the emergency has been avoided.”

What does this mean for utility bills?

Consumers may avoid further extreme price spikes, but bills will stay higher than usual because gas prices are still far above where they were in early 2022.

Some relief has come from government support. In Germany, Europe’s largest economy, the government passed gas and electricity price caps allowing small businesses and consumers to buy 80% of their energy at last year’s price.

That has been key for small businesses that use a lot of energy, such as Andreas Schmitt’s chain of 25 Cafe Ernst bakeries in the region around Frankfurt.

The price caps “have helped calm down the worst expectations” of last summer, said Schmitt, who is also vice chairman of the baker’s guild in the Hesse region of southwestern Germany.

“That is not nice, but it’s survivable,” Schmitt said.

Even with the energy caps, 8.8 million households in Germany are facing an average price increase of 38%, according to price comparison website Check24. Without the price relief, it would have been a 58% increase.

Such government support raises budget deficits, and not all 27 European Union countries are as strong financially as Germany, which could afford a 200-billion-euro ($214-billion) rescue package.

“My worry is that it’s not sustainable,” said Agata Loskot-Strachota, senior fellow at the Center for Eastern Studies in Warsaw. “And the other thing is differences between member states regarding the level of state financing that can be granted in longer terms. And these differences may fuel political differences in Europe.”

What happened to Putin’s energy war against Europe?

Europe’s success in filling storage means Putin has lost much of his energy leverage over Europe, analysts and politicians say.

Surprisingly, some Russian gas is still flowing to Europe through pipelines crossing Ukraine to Slovakia and under the Black Sea to Turkey and on to Bulgaria.

“I think this supply is a sign of weakness,” Tagliapietra said. With global oil prices low and Russia being a major exporter, “they need the cash.”

Oil prices have been slack because of fears of slowdowns in major economies such as the U.S. and Europe as inflation and higher interest rates hold back growth.

A European ban on most Russian oil starting Dec. 5 did not create a sudden surge in global oil prices, and neither did a price cap from the Group of 7 leading democracies on Russian crude to other countries. The $60-per-barrel price cap is enforced by banning insurers — mostly based in Continental Europe or Britain — from handling Russian oil sold above the cap.

President Vladimir Putin has said Russia will cut off oil to countries obeying the cap. But because it was set above the current price of Russian oil, it hasn’t led to Moscow slashing production. Much of the Russian oil shunned by Western buyers has been shipped to India and China at a steep discount.

While oil prices have fallen from highs of $120 a barrel this summer, things could change. Oil products such as diesel could get more expensive in Europe once a ban on those supplies from Russia takes effect Feb. 5.

What could still go wrong?

Europe is vulnerable to unexpected events, such as an accident or technical problem at a major pipeline or LNG export terminal, extreme weather or low levels of wind or hydroelectric power.

Energy analysts are watching energy demand from China, where fuel use plummeted during its “zero-COVID” policy that sharply restricted movement to prevent the spread of the coronavirus. Since China has loosened restrictions, demand for shiploads of liquefied gas could rise later this year once a COVID-19 wave in the country subsides.

In that case, Europe would face higher costs to acquire gas, and the losers would be poorer countries in Asia and Africa that don’t have the money to compete.

The International Energy Agency has warned Europe not to get overconfident, saying a scenario where Russia cuts off its remaining supply and Chinese demand rebounds could leave Europe short of gas for next winter. The IEA called for a strong push on renewable energy and efficiency measures such as energy-saving heat pumps to replace furnaces, calling such steps “vital to head off the risk of shortages and further vicious price spikes next year.”

While Putin’s response to the oil price cap was muted, he may still have energy cards to play, given that Russia is a major oil supplier and is still sending some gas to Europe, said Loskot-Strachota from the Center for Eastern Studies.

“In general, the response has been rather weak, but will that be it?” she said. “The energy crisis is not gone. We are not experiencing the worst-case scenario, but the factors of uncertainty are not gone.”