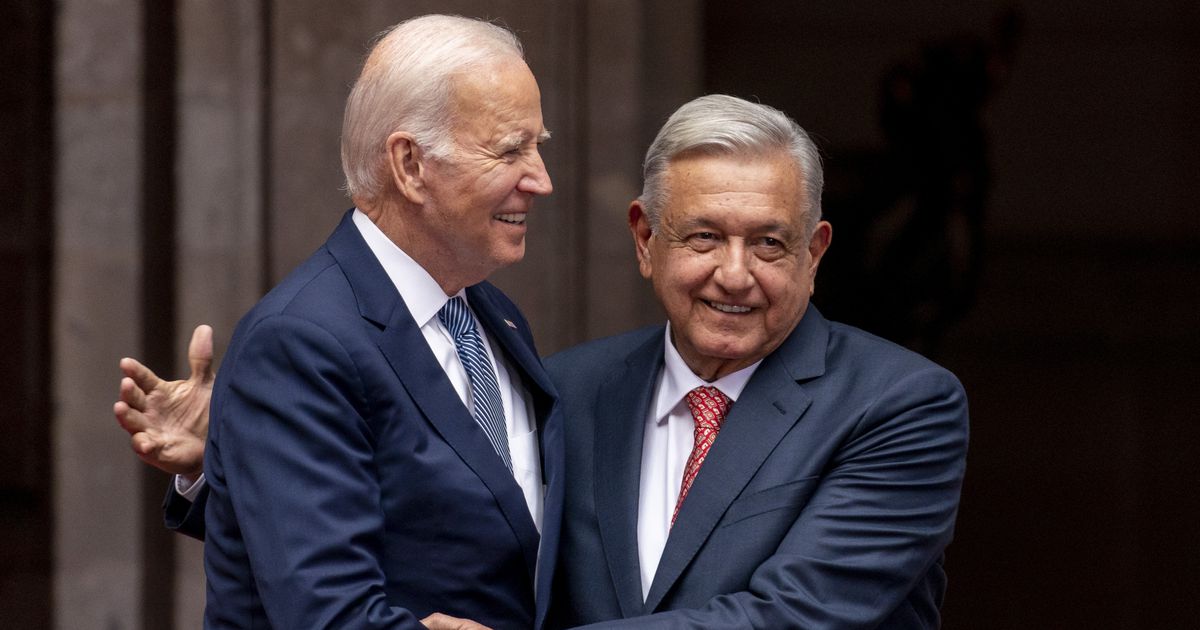 A renewed approach to fighting the fentanyl trade will be a welcome result of the North American Leaders Summit this week. Just a few days before the presidential meeting, Mexican authorities captured Ovidio Guzmán, a major fentanyl trafficker and a top figure in the Sinaloa cartel. He is also the son of the notorious drug lord Joaquín “El Chapo” Guzmán.

In practical terms, Ovidio’s capture is more a token of good faith to Mexico’s international partners than a significant disruption of the fentanyl trade. But it could signal better cooperation with the U.S. in the war against synthetic opioids in the near future.

If both countries are indeed building a “stronger partnership,” as President Joe Biden said on Monday, we also have an idea of what kind of strategy is on the table. High-level discussions involve plans for Mexico to tackle the fentanyl smuggled across the border and for the U.S. to bring down the number of guns trafficked into Mexico, according to Reuters, quoting unnamed Mexican officials.

This represents a remarkable change in policy on the Mexican side. Only in 2019, the Washington, D.C.-based think tank The Wilson Center pointed out in a report that Mexico’s government did not see fentanyl as an important issue and did not devote significant resources to disrupting this illegal trade. At the same time, Mexico’s president, Andrés Manuel López Obrador, rejected decades-old agreements to fight drug trafficking.

The deterioration of bilateral cooperation contributed to the fentanyl boom. Although most of the synthetic drug manufacturing still happens in China, the cartels have taken notice. Fentanyl is cheaper to produce, easy to smuggle and easy to market. It is also 50 times more potent than heroin and 100 times more potent than morphine, according to the U.S. Drug Enforcement Administration.

This is a regional security issue that affects both countries differently. For Mexico, renewed cooperation will likely mean more violence. Twenty-nine people died, including 10 soldiers, during Ovidio Guzmán’s capture in the Mexican city of Culiacán. Still, this is a win for the Mexican government given that four years ago Mexican forces had to free Guzmán after they were overpowered by his cartel.

We can curb the fentanyl trade only if we pair enforcement at the border with a reduction in U.S. demand. Changing our pill-popping culture will be harder to achieve, but we need to try. Every seven minutes, one American dies of a fentanyl overdose, according to a Washington Post data analysis.

At least two U.S. presidents, Barack Obama and Donald Trump, waited too long to act as the fentanyl trade slipped under their noses. But we can make progress if our leaders stop politicizing the issue. For instance, Gov. Greg Abbott often puts fentanyl and illegal immigration in the same sentence even though 86% of convicted synthetic opioids traffickers are U.S. citizens, and most seizures occur at legal crossing points.

The fight against fentanyl will require a behemoth effort with federal and state authorities getting on the same page, but U.S. cooperation with Mexico is vital for this endeavor.

We welcome your thoughts in a letter to the editor. See the guidelines and submit your letter here.