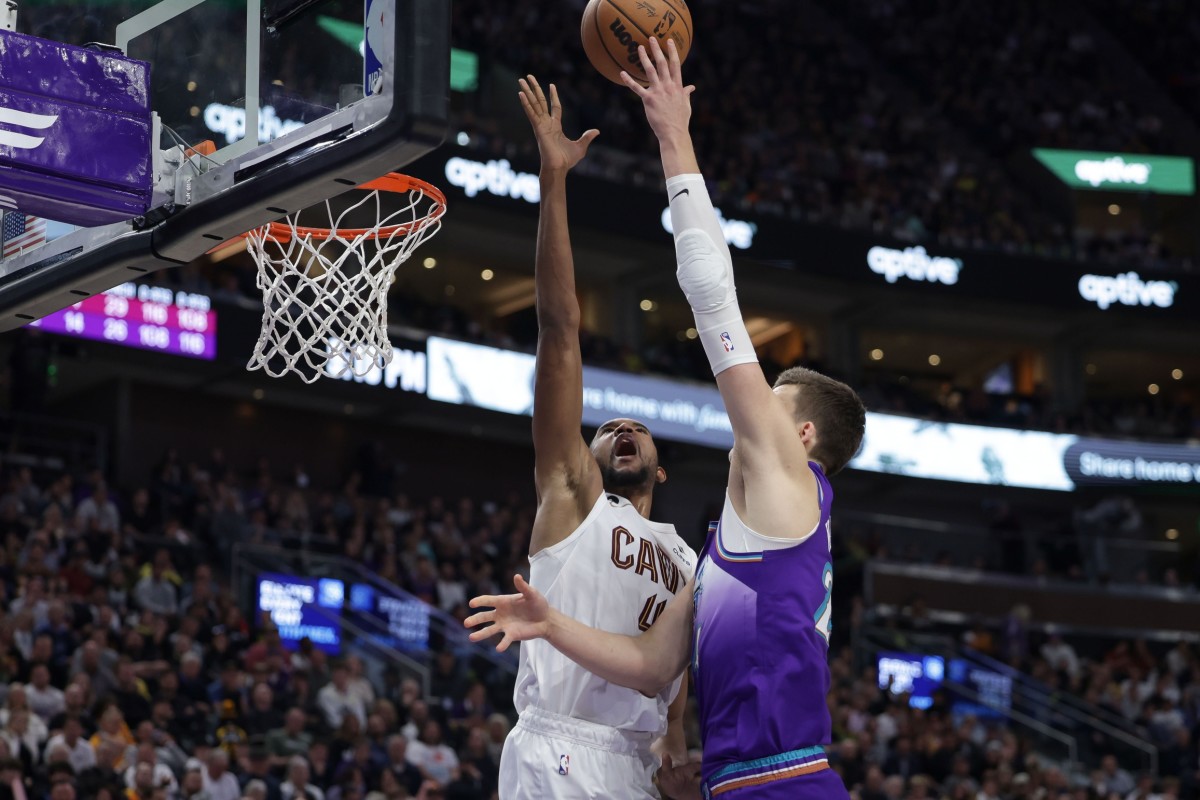 On Tuesday night, Donovan Mitchell returned to the 801 with the Cleveland Cavaliers team to do battle in the city that unleashed him as a three-time NBA All-Star. Utah Jazz excitement was in the air, and this did not disappoint as this game was decided on the basketball court.

Both coaches devised a proper game plan, giving their respective teams the best chance to hail victorious. Fortunately, the 801’s game plan displayed a tad more twist, resulting in a 116-114 victory for the Jazzmen.

The Jazz tweaked the starting lineup and recorded five double-digit scorers, led by Jordan Clarkson’s 32 points, six boards, and four assists, while Lauri Markkanen was his usual high-clip self, tossing in 25 points and 16 boards. The victory raised Utah’s record to 21-23, upped its Conference Standings to No. 10, and restored the team back into the playoff picture against a quality opponent.

The Cavs are now ranked No. 5 in the Eastern Conference, sporting a record of 26-16, and are firmly supplanted in the playoff picture.

Who were the game’s biggest studs and duds? Let’s examine the winners and losers of this exciting effort from both squads.

My long-standing push for Kessler to be inserted into the starting lineup was finally granted, and he did not disappoint. I have advocated for this young man to be a starter from day one.

Against Cleveland, Kessler turned in over 30 minutes and didn’t foul out. A true defensive anchor and rim protector was on display while scoring six points, grabbing 11 boards, two assists, and a block.

Kessler also registered a +6 game rating. Coach Will Hardy should keep Kessler engaged as a starter every night. As with any rookie, there will be growing pains and mistakes. However, the upside is undeniable with this young stud.

Vanderbilt has been on borrowed starter time for entirely too long and was relegated to a reserve role. This move is several months late, as Utah possesses a deep and talented roster with plenty of versatility.

The Jazz opted to start Malik Beasley in place of Vanderbilt, and positive results surfaced almost immediately. Beasley is better suited as a primary catch-and-shoot player who keeps teammates in their natural position.

Vanderbilt tries to assume the point-forward role, which diminishes Mike Conley’s value. And Vanderbilt’s inability to be a three-point threat exacerbates his liabilities. Coach Hardy made the correct decision to send Vanderbilt to the reserve role. Now, let’s keep the train rolling.

All the Jazz starters registered plus (+) game ratings, and the eye test clearly revealed better chemistry with this starting unit. Clarkson needs to be relegated back to his natural role as a sixth man so that the Jazz can finally begin to cook with gas.

It was great to see Kessler and Beasley as starters as they make Conley’s job much more manageable. The veteran point guard looked more excited than he has in a while. This was a great team victory and a look at the versatility of a deep basketball group.

Jazz Nation has received a special treat by being in the running for the playoffs. The return of Mitchell only added to the true hype of this game, and both coaches got in on the action by devising a good game plan.

The Jazz can build on this crucial victory and spiral in a vertical direction for the remainder of the season. The Jazz will face the Orlando Magic on Friday at Vivint Smart Arena.