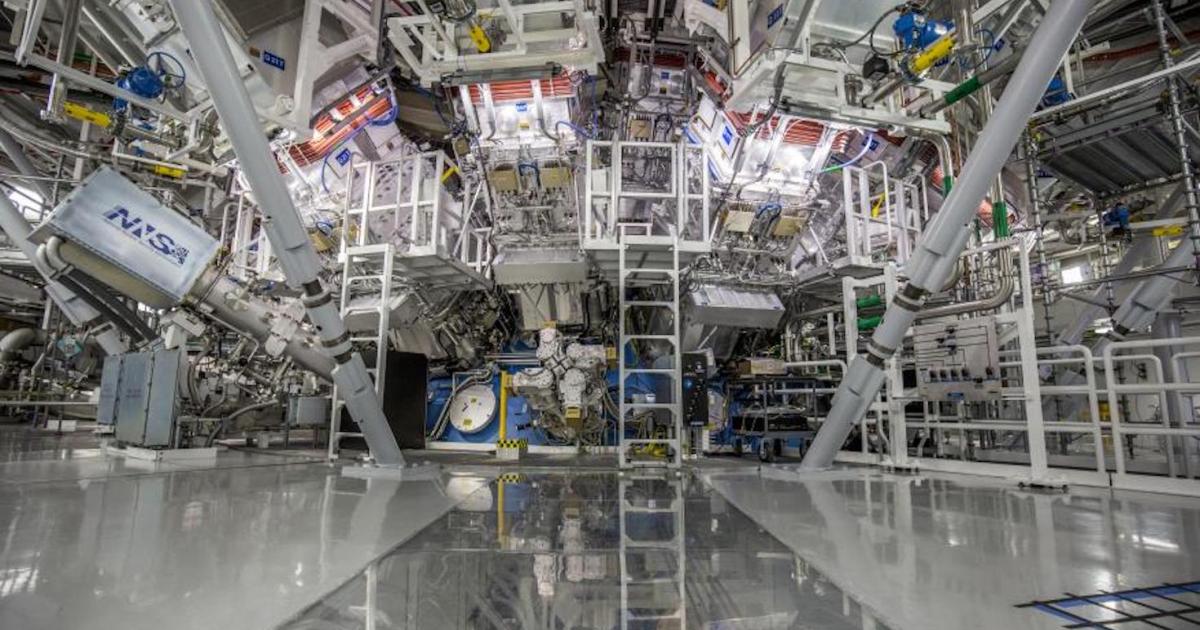 As has been widely reported, on Dec. 13, officials of the U.S. Department of Energy along with scientists from the National Ignition Facility at the Lawrence Livermore Laboratories in California announced that they had produced positive energy from a controlled fusion reaction. This simply means that they got more energy out of the reaction than they put in.

This science behind this is amazing, but the practical applications of this experiment are still decades away.

Before Dec. 13, fusion as a power source was all theoretical. Now, we know it can be done. But will it ever be practical for us as an energy source? That is still an open question.

Let’s geek out over the science

Fusion is what is going on in the sun. This energy either directly or indirectly (using fossil fuels) gives us every ounce of energy we use. The fusion in the sun takes place as hydrogen atoms are fused together due to the extreme pressure of gravity and extreme heat, to form helium. This reaction creates energy as a byproduct, the sunlight and the energy we need to survive.

Don’t worry, there is enough hydrogen left in the sun to keep burning for about 5 billion years. So, if humanity lasts that long, we eventually need to find a new place to live. But we’ve got plenty of time.

The fusion reaction that was created in the lab does not have the luxury of the intense gravity at the center of the sun, so we must find a different way to do this.

The National Ignition Facility experiment used a capsule holding isotopes of hydrogen (deuterium and tritium) and 192 lasers that were used to heat up isotopes to about 100 million degrees Celsius.

About 2.05 megajoules of energy were generated through the use of lasers, triggering the reaction. Meanwhile, the scientists were able to measure about 3.15 megajoules of energy produced by the experiment. The process of getting more energy out of the experiment than was put in is called “ignition.” All the hype over fusion ignition is about getting more energy than you put it, which would be great for producing a renewable, clean energy resource.

Theoretically, if this process was repeated and scaled up, we could get lots and lots of energy from a clean, abundant fuel source. Right?

Not so fast on the infinite renewable, clean energy source talk

First, that positive energy ignition talk is a little fudged. The energy from the lasers was less than the energy that came out, but this does not consider all the energy and electricity needed to fire up the system and run the experiment. That number is much higher than the 2.05 megajoules from the lasers.

Second, the National Ignition Facility is a specially built lab that is insanely expensive. So far, it has only created one laser pulse, for a fraction of a second, that created slightly more energy than went into the experiment. It is not as if this is a sustainable power station that can create baseload power to power our cities and infrastructure.

All this experiment did was to prove that fusion is possible. WHICH IS HUGE! But we are not anywhere near the fusion as a part of our everyday lives. Mr. Fusion, the reaction that powered the time machine in “Back to the Future II,” is nowhere closer to reality. Sorry. Neither is time travel. Sorry.

Fusion competition is on the way

Still, a competing fusion reactor design is under construction. The International Thermonuclear Experimental Reactor (ITER) is under construction in France. The ITER reactor uses a Tokamak reactor design, whose main distinction is the use of a magnetic field to constrain hydrogen into a very concentrated space, while heating up that hydrogen to insanely high temperatures. The ITER reactor is slated to be “switched on” in 2025. The engineering lift for this is immense. The project uses 3,000 tons of superconducting magnets, connected by 200 kilometers of superconducting cables, all kept at minus-269 degrees C by the world’s largest cryogenic plant. The temperature needed to get the hydrogen atoms to fuse is thought to be about 150 million degrees C, or 10 times hotter than the sun.

What was a scientific challenge becomes an engineering challenge

The joke went that “fusion is the power source of the future … and always will be.” Maybe that joke doesn’t work anymore. We now know fusion is possible, so the scientists will share the fusion puzzle with engineers to work in the coming decades to figure out how to engineer fusion power plants. The task is to scale up the fusion technology so it provides a safe and effective baseload of clean energy. Imagine that all the coal and natural gas power plants could be replaced by fusion plants. That would be a huge deal.

There are still many steps from here to there, but at least we know getting from here to there is theoretically possible. We will need to go through many intermittent steps that figure out how to scale up this design (or a Tokamak design) to something that can safely contain a constant reaction from which we can extract power.

If you are an engineer, go ahead and laugh now. If you are not, ask and engineering friend who builds nuclear reactors how long this will take and wait for laughter.

We are a long way away. But the journey has started.

If you see a fusion exchange traded fund or mutual fund or special acquisition corporate anywhere in the next few years, do not walk, run away. Fusion for power generation is likely to be decades away, so be very suspicious of anything promising a return on a fusion investment anytime within a decade or two.

Lots of money will flow into fusion from governments and private sources, and that is a welcome development, but fusion as a practical investment for anyone’s portfolio won’t be around for a while. If you have an infant, they may be able to profit from investing in fusion in their 20s or 30s. Maybe.

Fusion is not a net-zero magic bullet

Even with government-sponsored initiatives, the science of fusion will take time to become a practical reality. And it may never do so.

With a timetable of decades in the most optimistic scenarios, fusion won’t get us to net-zero 2050 goals. We still have to do the heavy lifting of getting off carbon-based energy sources and removing CO2 and methane from the atmosphere.

Fusion may make it a little bit easier to be green 20-30 years from now. But not today and not tomorrow.